The Island of the Dolls situated in Mexico city is one of the most haunted places in the world. The island was owned by Don Julián Santana Barrera, is full of dolls hanging from trees and buildings covered with cobwebs and insects. Deep in the heart of the canals of Xochimilco — Mexico City’s last vestige of the Aztecs — is one of the world’s most haunted and tragic locations. Iceland is full of dolls hanged on trees, houses. Some people also claimed that they have seen Dolls walking and Talking.

The owner of the Island speaking about the haunted place said, “In 1950 a  girl was swimming with her sister or friends and the current took and she drowned,” said Rogelio Sanchez Santana, the current “guardian of the dolls” and a great nephew of Barrera. Santana was a neighbor of the Barrio de la Asunción, where he used to go to drink pulque after selling his vegetables until he began preaching the Bible due to superstitions which led to him being expelled from the sector.

Also Read: Best Places to Celebrate the Navratri of 2022

Santana claimed to have heard the girl crying out "I want my doll" and terrified, hung up the doll he found near the girl's body. After the event, every time he went outside, he claims to have found a new doll hanging from one of the trees. He later died in the same spot the girl drowned. Many believe that his death was caused by the girl's spirit, which still haunts the island.

Also Read: Most Beautiful Cities in the World: Explore the forms of beauty through vintage monuments and more

The Island of the Dolls is an hour and a half from Embarcadero Cuemanco. The only access is via Tranjinera. Most rowers are willing to transport people to the island, but there are those who refuse due to superstitions.

Also Read: Straight out of a movie! Visit these places in winter to have a unique experience 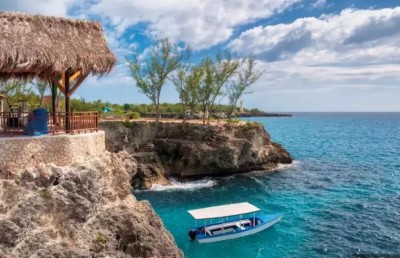