Multiple investigations employing serum from human blood samples suggest that a COVID-19 booster dose will give significant and broad antibody protection against Omicron sublineage varient of the SARS-CoV-2 virus.

The research, which was published in the New England Journal of Medicine (NEJM) and Cell Host & Microbe, found that a third mRNA vaccine dose was required to generate a high enough concentration of antibodies to neutralise BA.2 and Deltacron, as well as other Omicron variants like the original BA.1 and BA.1.1.

BA.3 was neutralised by antibodies produced by just the two-dose series of mRNA vaccinations, indicating that this variant is unlikely to cause a new outbreak of Omicron infections, according to the researchers. "Three doses is better for everything," said Shan-Lu Liu, a virology professor at Ohio State University and the senior author of both studies.
"People have been inquiring about recombinant Deltacron and BA.3, and we now have an answer." And it's fantastic news," Liu said. According to the neutralisation pattern, one booster shot can guard against BA.2 and Deltacron, and the researchers do not believe BA.3 will become dominant because it is sensitive to even two doses of neutralisation.
The research found that antibody levels against BA.3 and Deltacron were 3.3-fold and 44.7-fold lower after two vaccination doses, respectively, than antibody levels against the parent SARS-CoV-2 virus.

These symptoms are seen when there is a stone, know what is the reason for it

These 3 drinks to prevent heart attack, make it every day and drink it 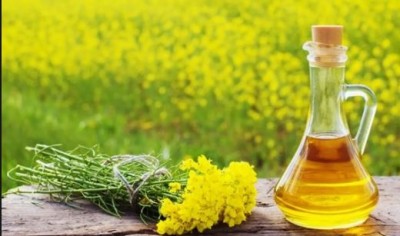