Kabul: Taliban-ruled Afghanistan has once again been staggered by a bomb blast. According to the report, a suicide bomb has been blasted in a school on Shahid Majri Road in western Kabul. According to the information, 53 people have lost their lives in this attack. The dead included 46 girls and women. Terror has spread in the entire area after the blast.

Media reports have quoted the United Nations (UN) as saying that a suicide bomb has exploded in a school in Kabul. The blast took place on September 30 at an educational institution in Afghanistan's capital Kabul. Preliminary information revealed that 19 people were killed in the suicide attack. But now the UN has said that 53 people have died painfully in the attack of Islamic terrorists. This includes 46 girls. With this, about 110 people are said to be injured.

According to media reports, a Taliban spokesman has informed that a fidayeen bomber attacked a school in The Shi'ite area of Kabul. The blast took place at the Kaz Education Centre in the Dasht-e-Barchi area, west of the city. The class was packed when the attack took place. The rags of the bodies were blown away after the blasts. Hundreds of people have lost their lives in such attacks in Afghanistan after the Taliban rule came to power. But, every time the question arises, why are Islamic terrorists killing people in an Islamic country? It is generally seen that these terrorists fight to establish Islamic nations all over the world, but in a country which is already Islamic, why are these terrorists killing Muslims and why is no one raising their voice for those innocent people?

EU criticises Israel for its settlements and Temple Mount.

Dubai's Hindus will get a big gift on Mahanavami, first grand temple to be inaugurated 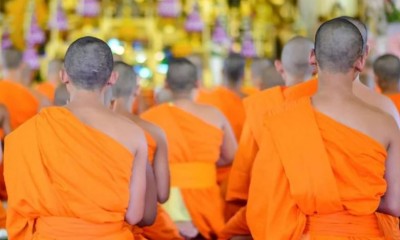