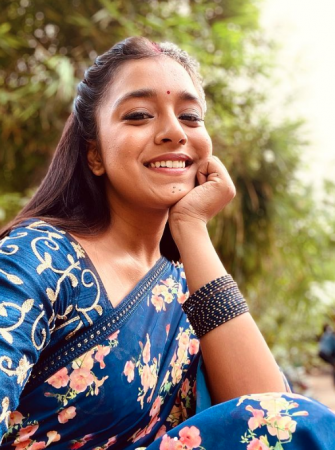 Imlie, aka Sumbul Touqeer, is a fan favourite and is gearing up to compete in Bigg Boss 16. Since the promo was made public on the channel's social media platform, Imlie has been showered with love and well wishes from her friends and fans. All of the fans were able to identify the actress when they played the song Imlie ka boota and her plush elephant.

Sumbul was asked in a live session if she was anxious about competing in the show. She responded, "I am not that nervous about it but surely my co-contestants shall be as they will have to watch out for me."

Her victory dance in front of the Bigg boss should be requested by fans every morning. According to Sumbul, "For the victory dance, I think I should find a new step for the show, Victory dance is forever and shall always stay attached to me."

When asked how Sumbul and Imlie differed, she replied, "Sumbul and Imlie are quite similar to each other; there is barely any difference between my character and my personality."

In terms of the actress, Sumbul started her career in television as a dancer with DID Lil' Masters. Later, she and Chandragupt Maurya won her first television contest, after which she appeared in Ishaaro Ishaaro Mein. She made her Bollywood debut in Ayushmann Khurrana's Article 15, while Imlie secured her first lead role.

As a gift for all of her #SuMaan and #Arylie fans, Sumbul previously collaborated with her adored co-star Fahmaan Khan on a song video. The reality show's viewers can't wait to see Sumbul's feisty attitude in action. On the most recent list of competitors, Sumbul appears to be the youngest. Sajid Khan, Sreejita De, Priyanka Chahar Choudhary, and Tina Datta are also quite likely to be spotted by viewers in addition to the contestants who have officially entered the BB16 house.