New Delhi: The statue of a lion installed in India's new Parliament building does not violate any law. This comment has been made by the Supreme Court on Friday. At the same time, the court has also questioned the claim of the aggressive statue. The court dismissed the plea, saying it depended on the mind of the individual.

The lion statue was installed on the Parliament House as part of the Central Vista project. Questions were also raised by political parties. The petition was filed on behalf of two lawyers Aldnish Ren and Ramesh Kumar in the case. The petitioners had claimed that the new statue was contrary to the design of the national emblem approved in the State Emblem of India (Prohibition of Improver Use) Act, 2005. However, a bench of Justices M R Shah and Krishna Murari dismissed the petition.

Advocate Ren had said that no artistry can be done in the approved design of the national emblem. At the same time, the petitioner also said that it does not have the logo of 'Satyamev Jayate'. The court, however, held that the law was not violated in the construction of the statue. On January 26, 1950, the state emblem was brought in as the symbol and seal of the newly formed republic. At the same time, the symbol came into existence in the year 2005.

The petition said that the lions included in the symbol are looking cruel and aggressive, with their mouths open and teeth visible. Whereas, the lions of the statue in Sarnath look calm. It is further said that the four lions reflect the thoughts of Buddha. According to the petition, it is not just a design, it has its own cultural significance. However, the court dismissed the petition saying that it depends only on the human mind.

Sachin Pilot to be new Rajasthan CM? Smile said everything... 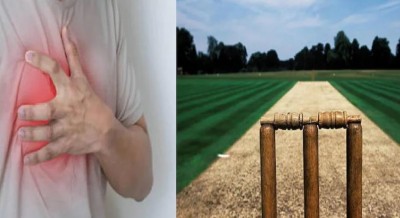