The Supreme Court-appointed 3-member committee, on the three newly-enacted farm laws, has submitted its report to the top court in a sealed cover.

The content of the report will not be revealed till the Chief Justice SA Bobde led bench takes it for hearing and discussion. The hearing in the Supreme Court in the matter is expected to happen after April 5 as the Supreme Court will reopen after Holi vacation.

On January 12, the Supreme Court had stayed the implementation of the three contentious farm laws for two months and asked the three-member committee to submit a report within two months after consulting the stakeholders.

The committee is composed of three members- Dr Ashok Gulati, Dr Pramod Joshi and Anil Ghanwat of the Shetkari Sangathana who have been holding consultations with farmers’ bodies. The fourth member- Bhupinder Singh Mann of the BKU (Mann) had recused himself just after two days of the formation of the panel.

Thousands of farmers, especially from Punjab, Haryana and parts of Uttar Pradesh, have been camping at Delhi’s borders since November, seeking repeal of the new legislations.

They say the laws are pro-corporate, could weaken the mandi system and erode their bargaining power. The government, however, says the laws will usher in much-needed reforms in the agriculture sector and eventually help the farmers.

UDAN Scheme: 22 new flights started under the Scheme in 3 days 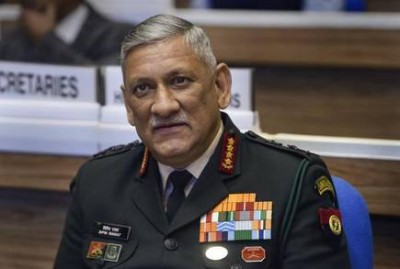