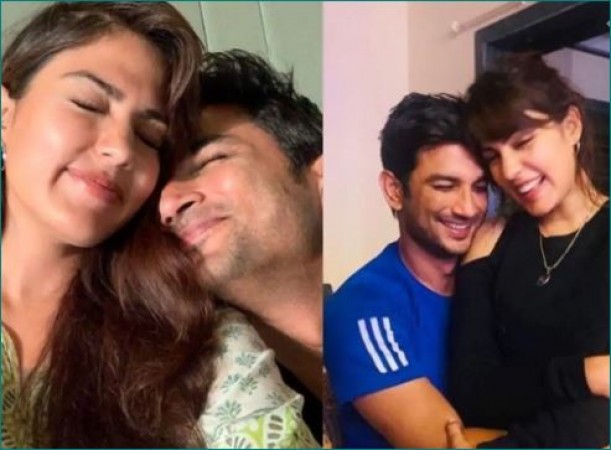 In the Sushant Singh Rajput case, day after day new secrets are emerging. In such a case, now a new name has been added in this case which is Rhea. Till now, the case was going on with nepotism, but now Rhea has come in the case. In such a situation, call details of Rhea Chakraborty have also been revealed. Yes, it has been revealed from recent call details that 'When Sushant went to Chandigarh to meet his sister Rani by car between 20 and 24 January 2020, Rhea made about 25 calls to him in 5 days'. With this, sources say, Sushant had called his sister in November to ask for help and had booked a ticket with three sisters to go to Chandigarh.

Rhea Chakraborty then blackmailed him and asked him to stay. After that in December, Sushant had called the family members from the new number and asked for help. Actually, it has also been revealed that Sushant had told over the phone that Rhea and his family are trying to send him to Mental Hospital and he does not want to go to Mental Hospital. He will finish everything from Mumbai and settle somewhere in Himachal. After being told that he himself drove to Chandigarh after driving and he himself drove because he was complaining of claustrophobia due to taking the wrong medicines. After that Sushant reached Chandigarh and stayed there for 2 days.

It has also now been revealed that Sushant's friend Siddharth Pithani had told Rhea about him and after that Rhea blackmailed him to come back, due to which she called 25 times in 3-4 days. There are reports that Rhea can record her statement on tomorrow, August 7.