Sushant's old interview came in front, had said ' I have claustrophobia' 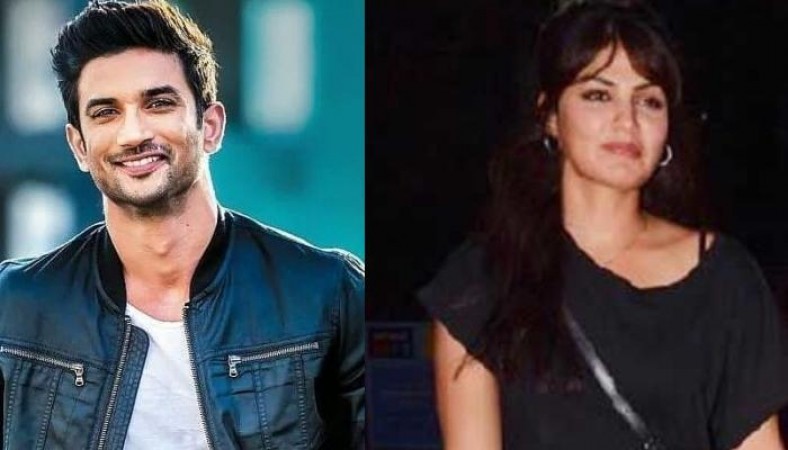 After the death of late Bollywood actor Sushant Singh Rajput, Rhea Chakraborty told that he was suffering from depression. In an interview to a channel, Rhea said that the actor had claustrophobia. He was afraid of the plane, and suffocated. The actors also takes a medicine before boarding the flight. After Rhea's statement, an old interview of the actor has appeared, in which he himself is confessing it.

In an interview to a channel in November 2015, the actor talked about his fears. He said that he has claustrophobia. The actor says that 'I have claustrophobia. It is a lie that I sleep 6 hours a day. I have insomnia due to which I am not able to sleep for more than two hours. Also, the actor has confessed that he is afraid of heights. However, after Rhea's statement, the actor's ex-girlfriend Ankita Lokhande denied it.

Also, Ankita shared a video, in which the actor is sitting in the cockpit, and is seen handling the command. Ankita wrote, ' Is it claustrophobia? You always wanted to fly, and you did it. Rhea also told the name of the expert from whom the actor was undergoing treatment. The expert named Kesari Chavda was treating the actor. After Rhea Chakraborty's interview, the media spoke to Kesari Chavda, and raised questions about the actor's health. Kesari Chavda told that the actor was suffering from depression. With this the investigation of the case is going on continuously.

Is this #claustrophobia?
You always wanted to fly and you did it and we all are proud of you ???? pic.twitter.com/5gc2sgyaEK

Birthday special: When Chitrangada Singh had made shocking revelation about this director