T20 World Cup 2022: The International Cricket Council (ICC) has released the prize money for the forthcoming premier event with only 16 days until the much-anticipated tournament of the year. The winning team at the ICC Men's T20 World Cup 2022 in Melbourne on November 13 would collect an incredible sum of $1.6 million, according to the international cricket community. Half of the prize money will be given to the losers. With 16 teams contending for the title of world champion, this is one lengthy competition.

Along with the winners and runners-up, the semi-finalists will also receive $400,000 from the $5.6 million total prize fund as congratulations. The teams who drop out at the Super 12 stage are given a set amount of money from the ICC. The eight teams who are eliminated early will each win $70,000. The winning side will receive $40,000 if they win each of the 30 games in the Super 12 phase, following the format implemented at the ICC Men's T20 World Cup 2021 last year.

The eight teams who have so far successfully advanced to the Super 12 stage are Afghanistan, Australia, Bangladesh, England, India, New Zealand, Pakistan, and South Africa. Other eight teams, including Namibia, Sri Lanka, the Netherlands, and the United Arab Emirates, are in Group A, while West Indies, Scotland, Ireland, and Zimbabwe are in Group B. These teams must first compete in the qualifier before they can move on to the main tournament and mix it up with the big dogs of the international cricketing scene.

Who's your pick to win the ICC Men's #T20WorldCup 2022? pic.twitter.com/hvUgdf4YVB 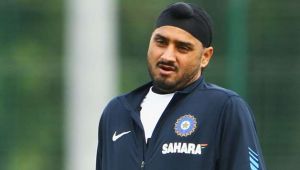