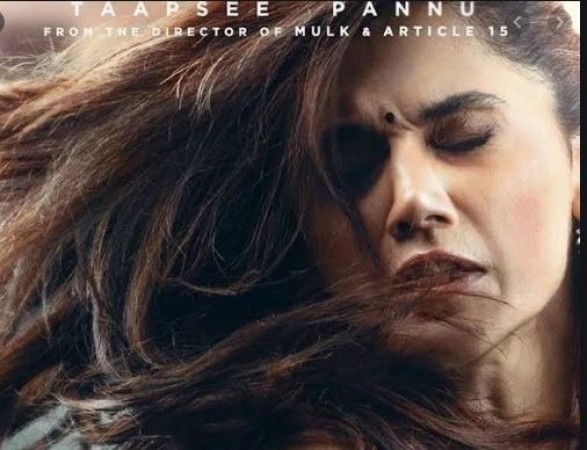 Bollywood actress Taapsee Pannu's film Thappad is expected to hit theaters in late February 2020. The trailer of the film is in the headlines. Tapasee has always been working in films related to women empowerment. Once again, she is ready to enter theaters with such a tremendous film. A new trailer of the film has been released. As shown in the first trailer of the film, how a couple are living a normal life when one day a suddenly angry husband slaps his wife loudly.

Taapsee is in the role of Ammu in the film while Pavil Gulati is in the role of her husband. After the slap, Taapsee comes and tells fans that they can report this video as much as possible so that this trailer becomes the most reported trailer in the world. At the end of the second trailer, she conclusively says that "Thappad is not the only thing." People are seen sharing their opinion on the social media platform about this slap scene of the film.

Recently, the director of the film Anubhav Sinha also talked about the film and said that the issue of this film is the story of every film somewhere. Talking about the 'Thappad', this movie can be released on February 28, 2020. Dia Mirza, Ratna Pathak Shah, Ram Kapoor, and Manav Kaul will also be seen in important roles in the film.

Taapsee Pannu raises questions on violence in Big Boss 13, saying - 'Why are people having fun?'