Hetal Yadav is one of the renowned actresses in the Television Industry who has worked in various television serials. She plays the role of Shivani Rana in the popular show Imlie. She has met with an accident. The actress also played the memorable role of Jwala an advocate in Gulabo episode of TMKOC.

As per reports, Hetal was returning after a shoot when her car was rammed by a truck. Hetal. She was driving the car herself called her son to inform the police. The actress said that she was unharmed but the accident shook her. Recalling the scary accident the actress said, “I packed up around 8:45 p.m. last night and left from film city to reach home. As soon as I reached the JVLR highway, a truck rammed into my car and there was friction as the truck pushed my car towards the edge of the flyover to an extent that my car would have fallen off”.  The actress also confirmed that even after the massive accident. The actress did not suffered serious injury.

Hetal Patel s quite a popular face of the Television Industry. She has featured in various Tv serials. In her 25-year-long career thus far, Hetal has played several memorable roles. Her best-known character is Jwala in Taarak Mehta Ka Ooltah Chashma. The actress has done shows such as 'Balika Vadhu', 'Barrister Babu', 'Kashibai Bajirao Ballal' and  'Taarak Mehta Ka Ooltah Chashmah' among others. The actress presently playing the role of Shivani Rana in the popular show Imlie. 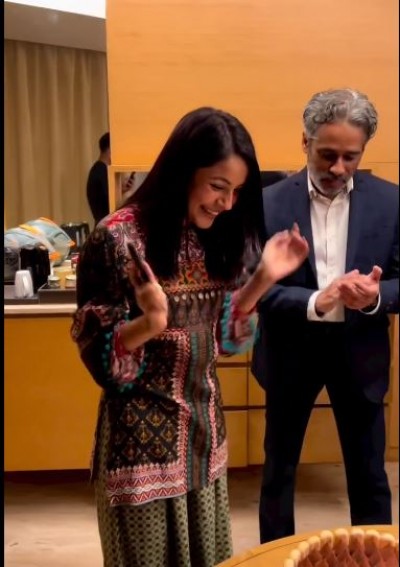