This famous TV actress is going to get married again 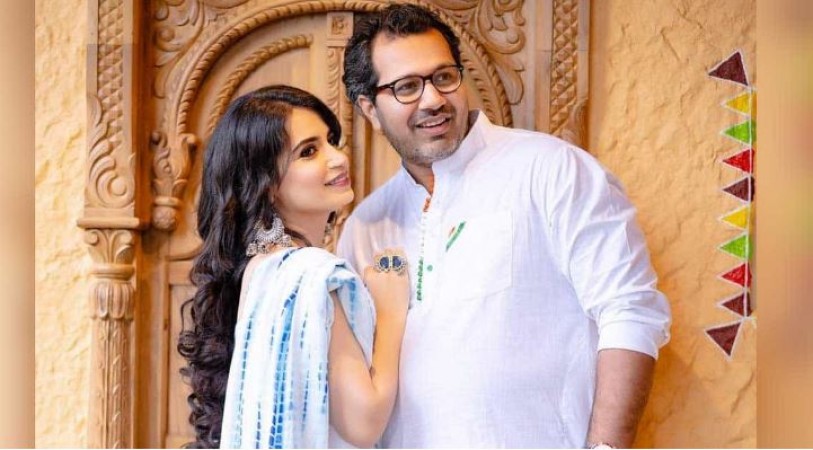 The wedding season has begun these days. Be it ordinary people or celebs, all are tying the knot. So far many celebs have tied the knot. There were many who were remarried. The list includes names like Gurmeet Chaudhary-Debina Banerjee, Pooja Banerjee-Kunal Verma who have married again. Actress Priya Ahuja is now set to be named in the same list. She is also set to remarry her director husband Malav Rajda. Priya has been seen as Rita reporter in Tarak Mehta Ka Ooltah Chashmah and now 10 years have passed since Priya Ahuja and Malav Rajda got married today i.e. 19th November.

Both of them are going to marry once again. Talking to a famous website, she shared some exciting things about her marriage. "This time I am getting married in a very beautiful pastel coloured outfit which is not very heavy," she explained. Earlier my wedding saree was also very simple and light. I am a Punjabi, the brides on our side wear a red pair for the wedding while in Gujaratis they wear red and white dresses. In Punjabis, white clothes are not worn by the bride, so I wore a white saree with a red border last time.

At the same time, she said of Malav's outfits, 'He didn't choose a single outfit for himself. It was decided that whatever I wear would have to be colour coordinated. He recently underwent hand surgery and is not very comfortable changing a variety of outfits. He will wear the same outfit for the wedding and will continue for the cocktail party as well. But I am insisting that he wear a suit. I have given him some options.'

Urfi Javed has been in relationship with this actor of 'Anupama'