Today the teaser of the web series "Tabbar" is out which you can see here. New SonyLIV show Tabbar will feature actors Like Pawan Malhotra, Supriya Pathak, Gagan Arora, Sahil Mehta, Paramvir Cheema, Nupur Nagpal, Ranveer Shourie and Kanwaljit Singh in lead roles. Fans are currently looking quite excited after watching the teaser. It looks like the new web series is going to be quite interesting. Talk about the teaser Pawan Malhotra appears in the look of his character Omkar Singh at the beginning of the teaser who is trying to burn a corpse in a deserted place.

No matter what, when the time comes, you always stand up for your #Tabbar!
Here's a power packed thought provoking track #ChalUthBandeya from #Tabbar#Tabbar streaming now, only on #SonyLIV#TABBAROnSonyLIV pic.twitter.com/TmM6o7Ktez

His wife Supriya Pathak (Sargun) is seen sitting scared in the car. The teaser also features his two sons who look quite scared. There is also some information about the show after watching this teaser. You can see Ranveer Shourie also appearing in a very mysterious manner in the teaser. Also, let you know that this thriller web series 'Tabbar' is directed by Ajit Pal Singh, which is written by Harman Wadala. Recently, Supriya Pathak, while working on a web series, said in a statement, 'I have always worked with a character who tells a story. I am very happy to do this character.'

At the same time, she explained, 'Sargun's character narrates the story of a strong woman. Who loves her family unconditionally. She may be seen as a shy woman, but when it comes to the safety of her family, she fights all the battles for their safety.' 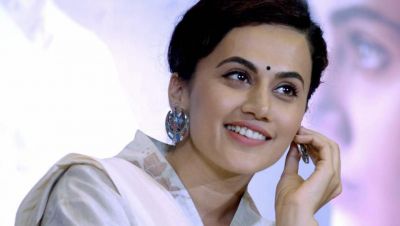