Corona infection is the worst hit worldwide and wedding ceremonies have been the worst affected by the havoc. You all must be aware that a crowded ceremony like marriage has been banned by the Government. As a result, a large number of people are no longer allowed to attend the wedding ceremony. However, it now seems that this problem is getting rid of. In fact, we are saying this because India's first Metaverse wedding is taking place in Tamil Nadu, which will be attended by countless guests. Yes, and this was reported by Dinesh by posting a post on Twitter. The Metaverse wedding will take place on February 6 under the information received.

I feel so proud and blessed that I have seen and taken advantage of many great opportunities in this world before millions of people have seen them, Beginning of something big! India’s first #Metaverse marriage in Polygon blockchain collaborated with TardiVerse Metaverse startup. pic.twitter.com/jTivLSwjV4

What is Metaverse- Tell you that augmented reality, virtual reality and video tools are used in the Metaverse. At the same time, in a digital space, people connect with each other in digital mode. If we talk about it in simple terms, you will be at home, but your avatar will be in the Metaverse, which you can control. Yes and will do everything you do in the world of Metaverse to your digital avatar, which you do in the real world. Not only that, but you will also be able to buy gifts in cryptocurrencies at weddings. Whose wedding is happening- Metaverse is married to a couple from Tamil Nadu. Yes, the couple is Dinesh SP and Janganandini Ramaswamy who will get married in Shivlingapuram village on the first Sunday of next month.

He will then virtually host the reception, which will be the country's first Metaverse wedding. Guests will be able to participate virtually. This wedding is India's first Metaverse wedding that Polygon Blockchain and TardiVerse Metaverse will host startups. Also, tell you that Dinesh is a project associate at IIT Madras who introduced the idea of Metaverse marriage. At the same time, his wife also liked his idea. Dinesh has worked in Crypto and Blockchain technology and has been mining Ethereum for the past year. Which is a form of Cryptocurrency. Although Blockchain is the basic technique of Metaverse and Dinesh says that when my marriage was fixed, I thought of having a reception at Metaverse. 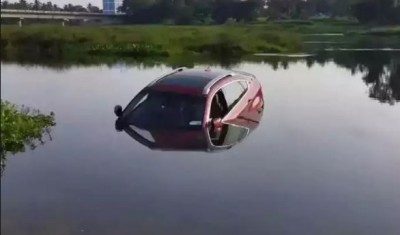