Tapsee Pannu is all set for her upcoming film Dobarraa and is leaving no stone unturned for promoting the movie in different platforms. The actress has recently attended an event in which she gets into an argument with Media Personnel. The incident happened on Monday evening as the actor attended a promotional event at Mithibai College in Mumbai.
A video of Tapsee arguing with the paps is going viral in social media. The actress arrived at the venue, she was immediately escorted inside while the photographers kept asking her to stop for pictures, telling her that she is late and that they have been waiting for her for two hours, the paparazzi complained to her for not stopping earlier, while the actor tried to clarify that she followed the instructions that were given to her according to which they would have been waiting inside.
In Viral Video Tapsee  said, "Mujhe jo bola gaya main kar rahi hoon, aap mere pe kyu chilla rahe ho? (I am doing whatever I have been asked to do, why are you yelling at me)." While paps told her that they are also waiting for her, Taapsee said to one photographer , "Please talk to me in a respectful manner, I am just doing my work. I have arrived on time at every place I have been asked to. You will talk to me respectfully, I will also talk to you respectfully."
The actress also said, "The camera is on me, so only my side can be seen. If it's on you for once then you would have realised how are you talking to me." Then the actressfolded her hands and said, "Aap hi hamesha sahi hote ho, actor hi hamesha galat hota hai (You are always right, and actors are always at fault)."

On the work front, Taapsee is all set for the release of Dobaaraa which is directed by Anurag Kashyap. It is a sci-fi thriller that will release in theatres on August 19 is a remake of the 2018 Spanish film Mirage.

Kiara Advani Justifies Kabir Singh's slap scene, It is a love story…Shehnaaz Gills react to the reports of being thrown out of Salman Khan’s film Kabhi Eid Kabhi Diwali 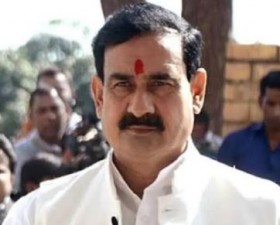