Bollywood actress Tara Sutaria is said to be one of the active stars on social media. The actress keeps sharing photos and videos with fans. Reports say that recently Tara has shared childhood and present photos with her sister Piya Sutaria and friend Mishan Hirani, which is being liked a lot.

According to media reports, Tara, Piya and Mishan are seen posing in the same style in the picture. All three are lying on the stomach and both hands are rested on the face. The three look extremely cute. Sharing the picture, Tara wrote, "After 22 years, some things don't change. Who we are today. I'm proud of her. Always being silly here, starting from where we left off and loving each other in everything. Fans are seen giving a lot of love to this photo.'' 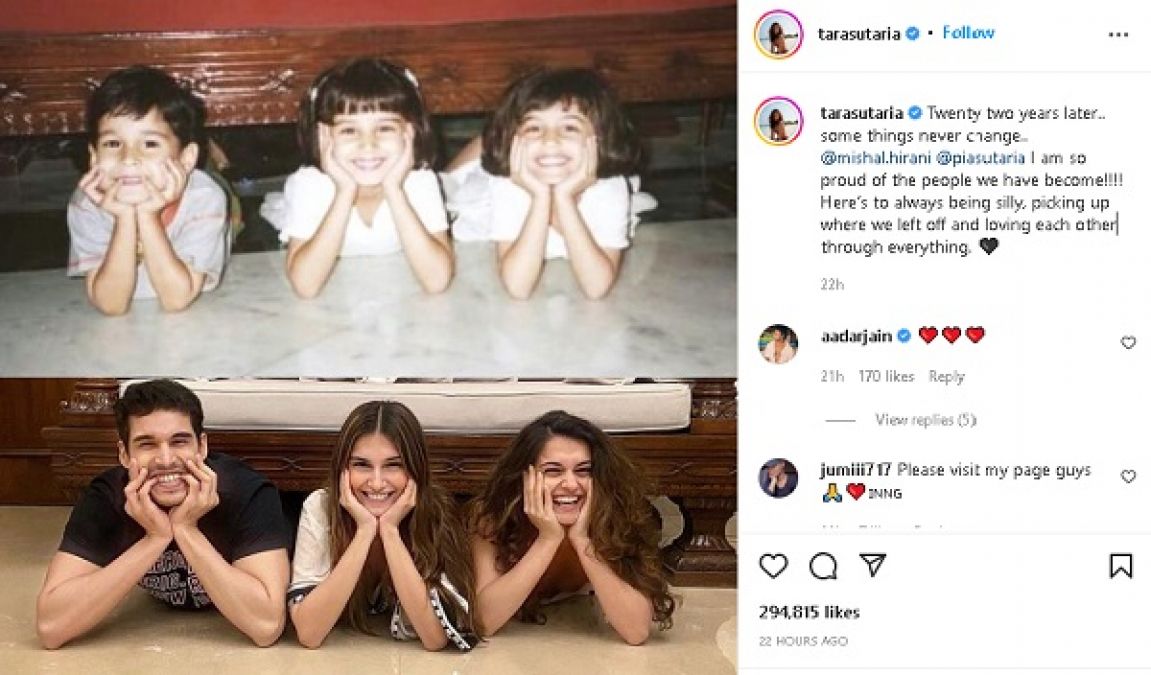 Talking about the work front, Tara is recently seen in the film 'Heropanti 2' with Tiger Shroff. Reports say that this movie has flopped at the box office. Now Tara is going to appear in the movie 'Ek Villain 2'. Arjun Kapoor, John Abraham and Disha Patani will also be seen along with the actress in this movie.