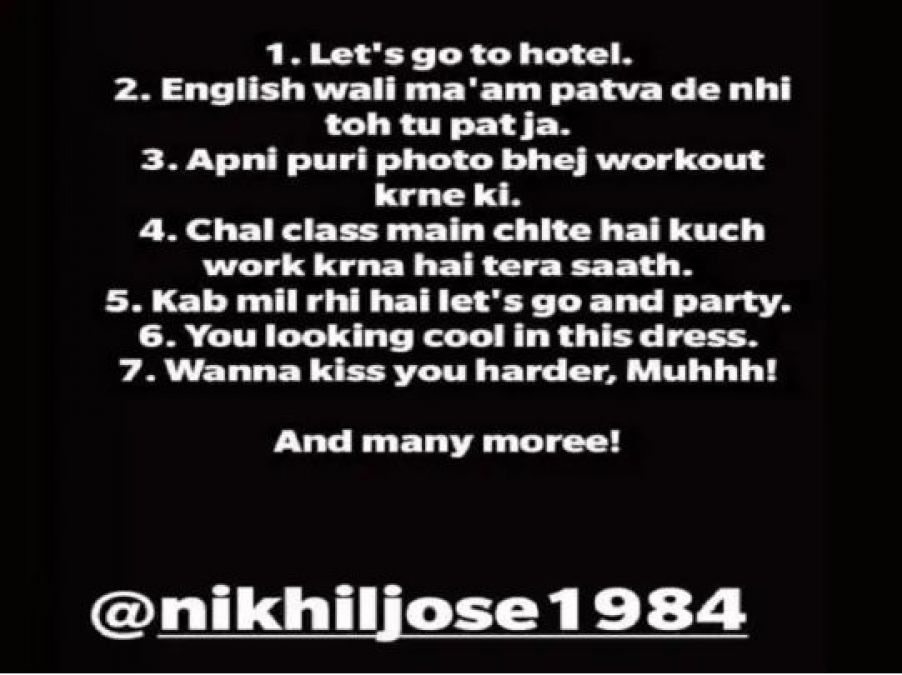 The accused teacher reportedly sent obscene messages to more than 10 girl students. When the former students came to know about it, they launched a campaign on social media to teach the accused teacher a lesson. The teacher was then arrested by the police under the IT Act on the basis of a complaint from an institution found at Ashok Nagar police station. Obscene messages of the accused teacher are now going viral on social media. According to Ashok Nagar police officer Surendra Saini, when teacher Nikhil Jose's mobile was checked after his arrest, some students found evidence of sending obscene messages. Preliminary investigations revealed that WhatsApp groups were formed for online classes in the school. The teacher took the student's numbers from the group and started chatting with them. Initially, the student did not respond. 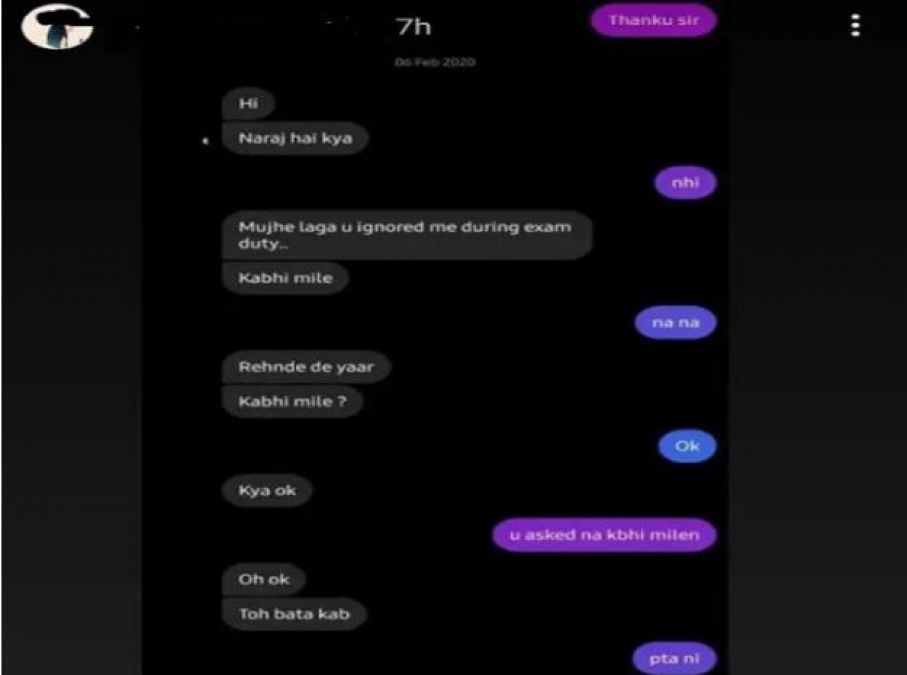 The teacher later offered to meet at the hotel for drinking alcohol. He also sent obscene messages to several school girls around 10 pm. They were called out of school to meet on the pretext of homework. A school student had also posted a video of 27 minutes 31 seconds on Instagram. Nikhil has said that someone has hacked his Instagram ID and he has not sent the message. Nikhil also said that he had come to know a day earlier that obscene messages had been sent to the girl students from his Instagram ID. In this case, the vice-principal of the school Biju MG says that he has no information in this regard. The district education officer said that he has not received a complaint in the matter so far. Legal action will be made on receipt of the complaint.