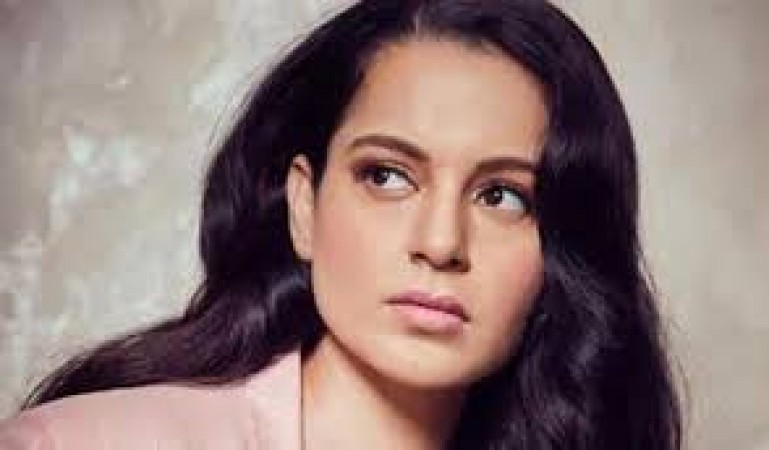 Actress Kangana Ranaut had announced some time ago that she is going to be seen as a pilot of the Indian Air Force in her new film. Apart from this, Kangana is seen in the role of a fighter pilot in the first look of Tejas. Along with this, in the poster, he has worn the uniform of the pilot and has a helmet in his hand. Not only this, an Air Force fighter jet has also stood behind them. Kangana Ranaut's swag put on glasses is worth seeing in this poster.

Sharing this look, the team of actress Kangana wrote, 'For all the brave hearted and strong headed women in Uniform who make sacrifices for our nation day in and day out .... Kangana to  play an airforce pilot in her next , titled - Tejas.

For your information, let us tell you that the Indian Air Force was the first defense force in the country that started taking women in the year 2016. The same thing will be seen in the film. Talking about its Tejas, Kangana said, 'Many times the sacrifice of our brave women working in the force is ignored. With this, in Tejas, I am getting the chance to become such an Air Force pilot who puts the country before himself.

We hope that this film will awaken the spirit of patriotism and pride among today's youth. Apart from this, I am ready to go on this journey with Sarvesh and Ronnie. Talking about Tejas, this film unity, courage and honor are the three pillars on which this film is being made. Through this film, the audience will also try to fill the enthusiasm which the brave soldiers of India feel. At the same time, Sarvesh Mewada has written this film and he will direct it. Apart from this, producer Ronnie Screwvala is producing it. The shooting of Tejas will start in summer this year and the film will be released in April 2021.

Box office collection: Tanhaji collected this much on 36th day