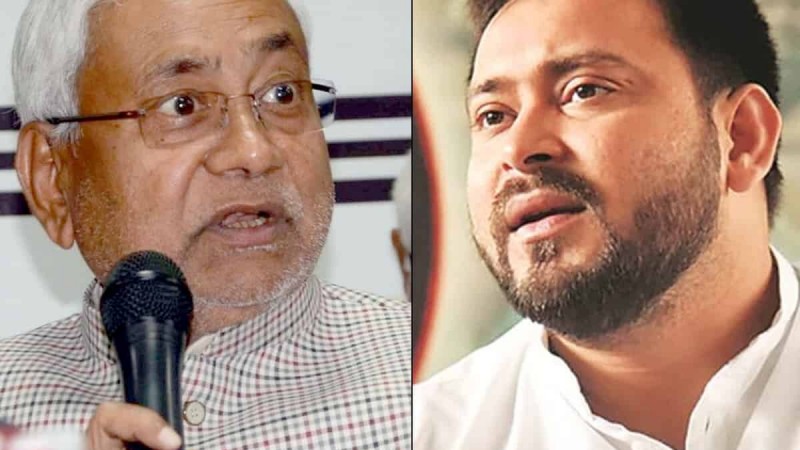 Patna: While JDU in Bihar is celebrating the completion of 16 years of the Nitish Kumar-led government, Leader of opposition in the Assembly Tejashwi Yadav has asked 21 questions terming it as a celebration of failure. On Wednesday, Tejashwi said, the CM of the third party, which has taken Bihar to the bottom of the country by proving the state to be a snag in all localities and standards for the last 16 years, is celebrating his failure today.

The same Tejashwi has expressed hope that the CM will respond to it in the interest of the state by asking 21 questions on the occasion. RJD leader Tejashwi asked why Bihar remains the main centre of poverty and unemployment across the country even after 16 years of rule. Tejashwi cornered the government over the exodus and said why has bihar's migration rate increased unexpectedly in the last 10 years?

Tejashwi asked, "According to the NITI Aayog report, who is to blame for why and how Bihar reached the last position in the Education, Health and Sustainable Development Index?" The same RJD leader said that the CM should explain why he repeatedly formed an alliance with every party in Bihar by sacrificing policy, destiny, rules, ideas and principles to stick to the chair for the last 16 years. Tell me which party in Bihar is left with which they have not compromised?