'Vacate Jammu and Kashmir, otherwise you will be killed..' Open letter from terrorists to Hindus Srinagar: Attacks on minority Hindus and Sikhs in Jammu and Kashmir are now on the rise. On Sunday (October 17th), two labourers were also killed, the entire responsibility of which was taken over by the United Liberation Front (ULF), a Lashkar-linked terror group, and issued a letter threatening them to leave the non-Kashmiri Valley, otherwise, they would also be killed. Two non-Kashmiris were shot dead on Sunday while 1 was injured. 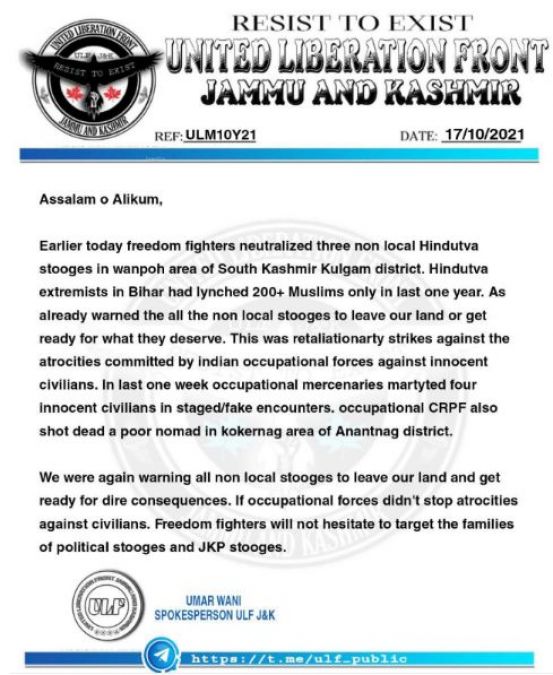 The letter was issued by the terror outfit on October 17. The United Liberation Front Jammu and Kashmir is written on it and below is the name and stamp of Omar Wani, the spokesperson of the organization. The letter says, "Assalam Walekum, earlier today, three non-local Hindutva people were killed by 'freedom fighters' in Wanpoh area of Kulgam in South Kashmir. In the last year, Hindutva fundamentalists have killed 200 Muslims in Bihar. As has already been threatened, they should leave our land or be prepared to face the consequences. These were revenge strikes against the atrocities that the Indian Army commits on innocent civilians.' 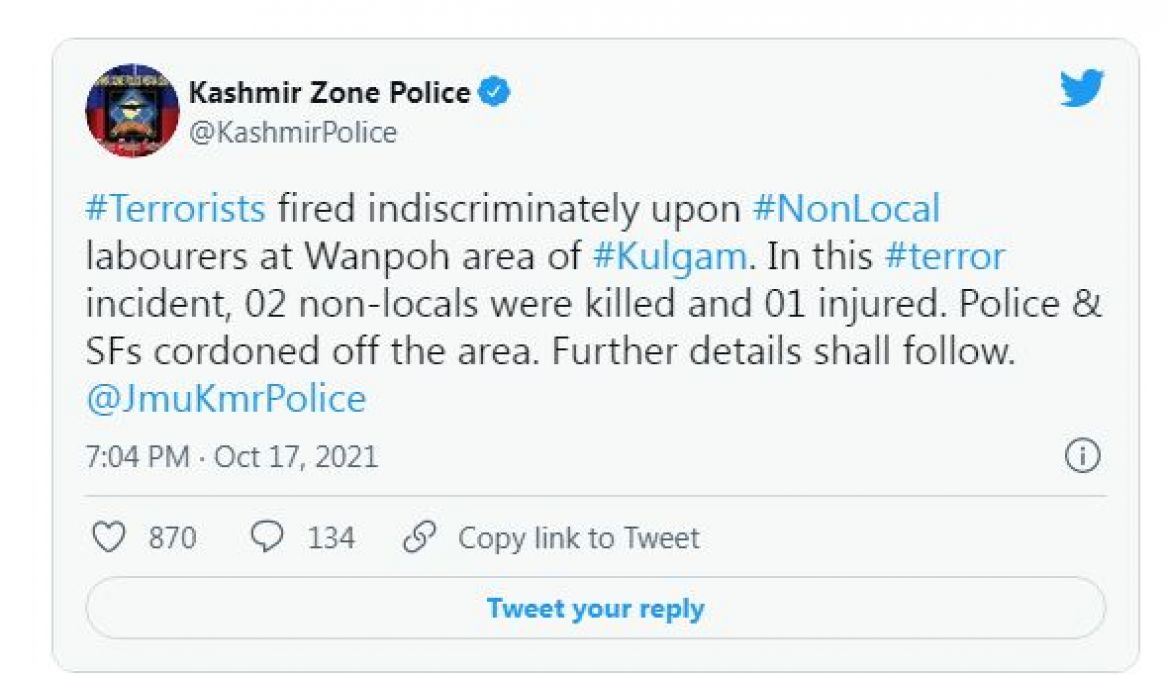 The letter further says, "In just a week, the Army killed 4 innocent civilians in fake encounters. CRPF had also killed a poor man at Kokrang in the Anantnag district. The terror outfit has threatened in the letter saying, "We then ask every non-Kashmiri to leave our land, otherwise, they should be prepared to face the consequences. If the Army does not end atrocities against civilians, we will not hesitate to target the families of our freedom forces, politicians and police.''

Divyansh Tomar Talks About the Ups and Downs of Digital Marketing

Hyderabad: The four arches of Charminar are being conserved by adopting traditional techniques.