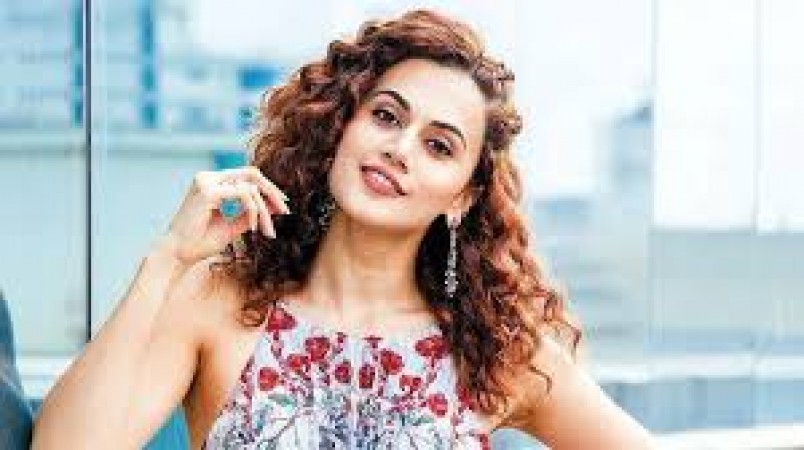 After a sensitive film like Mulk, director Anubhav Sinha and actress Taapsee Pannu now bring 'Thappad'. The film is made on the issue of domestic violence and raises a very important question of married life- 'Is Thappad just such a small thing?' The trailer of the film has received a positive response and social media has also received positive reactions about the film. There is a question as to how much 'Thappad' can earn on the first day. Actress Taapsee has also been working with commercials for some time in such films, which sparks debate on an important issue with entertainment.

Taapsee's film 'Thappad' is based on true story

Her 'Sand Ki Aankh' was released last year, in which Bhumi Pednekar was in the parallel lead role. Under the pretext of this biopic of shooter Dadis, women empowerment was underlined. There is a discussion about 'Thappad' on the issue of domestic violence in married life, but whether this discussion turns into a ticket sale or not, it will be known tomorrow. Experts have different opinions. According to Super Cinema Magazine, which tracks the film business, Thappad can earn between 1.75 crore and 2.25 crore on the first day.

A media website estimates that the slap opening could be around 40 million. Some other trade experts estimate that the film can collect from 2 crores to 2.50 crores on the first day. Talking about director Anubhav Sinha's previous films, Ayushmann Khurrana's Article 15 in 2019 took an opening of 5.02 crores. The country which came in 2018 got 1.50 crores on the first day. Releasing on 28 February, Pavel Gulati will be seen in the role of Tapasee's husband. This is Pavel's debut film. Ratna Pathak Shah, Tanvi Azmi, Dia Mirza, Ram Kapoor, and Kumud Mishra can also be seen in important roles.