Amritsar: The Punjab government led by CM Bhagwant Mann has withdrawn the security given to 424 people in the state. Those whose security has been withdrawn include many retired police officers, religious leaders and political figures. Earlier in April, the Punjab government had ordered removal of security of 184 people, including former ministers, former MLAs and other leaders.

It is noteworthy that the security of the family of former Punjab CM Charanjit Singh Channi, Captain Amarinder Singh's son Raninder Singh and wife of Congress MLA Pratap Singh Bajware has been withdrawn last month. One of the reasons for the withdrawal of security is also being told that the Punjab Police is already facing shortage of staff. In such a situation, it is becoming difficult to meet the shortage of security personnel in common places to maintain law and order.

About 2,000 additional paramilitary personnel will be deployed in Punjab for security and security as there are regular reports that some elements are trying to create unrest in the state. Punjab CM Bhagwant Mann had given information in this regard on Wednesday. 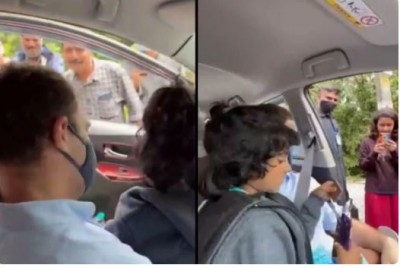