On this day, 72 years ago, the Constitution of India came into force in place of the Government of India 1935. However, the work of framing the Constitution of India was completed on November 26, 1949. The Constituent Assembly also approved it. But it is said that on 26 January 1930, Congress also raised the slogan of 'Purna Swarajya.' So, after waiting for two months, on January 26, 1950, the last Governor-General of the country, C. Rajagopalachari, announced the Republic of India.

Right now the republic day parade is taken out in the morning, but the first parade was taken out in the evening. At 2.30 p.m. on January 26, 1950, Rajendra Prasad left the Rashtrapati Bhavan in a carriage. The President has also reached the National Stadium at 3.45 pm via areas like Connaught Place. Then the National Stadium was called Irvine Stadium.

The carriage in which the president was riding was 35 years old at the time. 6 Australian horses were pulling that buggy. A 31-gun salute was also given to the President at the parade venue in the evening. The first parade in 1950 was also attended by the public. The first parade had 3,000 soldiers and 100 aircraft participating. The tradition of inviting the guest of honour of the Republic Day celebrations was from the very first parade itself. At the first Republic Day celebrations, the then President of Indonesia, Dr Sukarno, was the special guest. 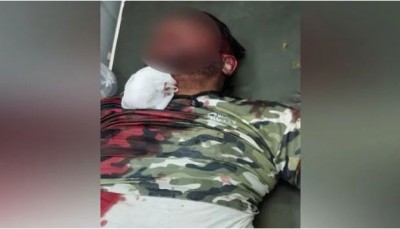