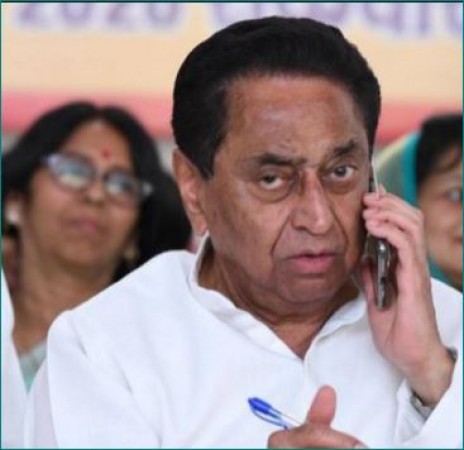 Gwalior: Former CM Kamal Nath, who is on a visit to the Gwalior Chambal zone, met the flood affected people. After this meeting, he has taken a dig at the BJP. He said, "BJP leaders play drama politics. The Chief Minister only makes false promises. Let's make an announcement, they have done it here also. Now tell me when you will get it.'' Not only that, but he also targeted Home Minister Narottam Mishra in his stronghold Datia. In fact, Kamal Nath said, "The drama is directly visible on airlift action helping people in the Home Minister's floods. Let's do drama for votes. Everyone knows how he wins. The State Government, the Central Government only lie. All records have been broken in lying. There is nothing to do but make false allegations against the Congress.''

At the same time, he also said, "I have seen the condition of people in Datia. It's a very bad condition. There is no food to eat. There are no clothes and people are struggling for life even after floods. They are lying in the relief camp. The houses have been washed away in the water. The chief minister made an announcement but did not say how long he would help. Help soon.'' He further said, ''The MET department warns in advance. It doesn't rain suddenly. Why was water released suddenly from the dam? Did the dams suddenly fill up? Why was the alert not sounded when it was filling up and water was constantly coming in. It would not have happened if people were taken to a safe place first. Now they are claiming that more and more people are saved in time.''

He also said, "The BJP has set an international record in lying. He also lied about the deaths in Corona. The reality is known to all. There is dynasty politics in the Congress. Everyone knows where dynasty dominates.''

Attack on Hindu temple in Pakistan, 20 people arrested over 150 booked