The uncontrolled bus entered the field by breaking the trees, the driver died on the spot. Chandigarh : Near Funland on the Ferozepur-Ludhiana highway in Talwandi Bhai of Punjab's Ferozepur, the bus went uncontrollably on Sunday morning, breaking trees along the road and entered the fields. In this incident, the bus driver lost his life on the spot. Around 35 people have been injured.

Whose ointment was bandaged in the local hospital. The condition of three passengers is said to be serious. The bus was going towards Sri Anandpur Sahib from Firozpur via Ludhiana. In which about 40 people were riding. On getting information, police reached the spot. Where it has come to know that Davinder Singh, the employee of the bus company, has said that the JR of Ludhiana was the company's bus. In the morning I left for Sri Anandpur Sahib via Ludhiana via Ferozepur. The bus suddenly lost its control as it approached the Funland located at Talwandi Bhai. Due to the high speed, breaking the trees on the side of the road, it overturned in the fields.

In this accident, the bus driver Amandeep Singh, son of Kewal Singh, resident of Rania district, Moga, lost his life on the spot. While 35 of the 40 passengers on the bus were injured. Those who were admitted to the local hospital. After dressing many passengers, they were sent home. While 3 riders are very serious. Those who have been admitted to the hospital in Moga. 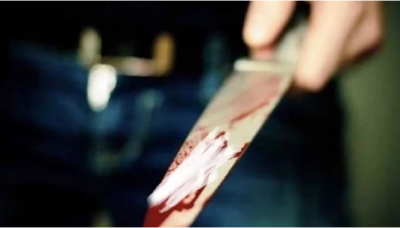