Famous actress Kajal Pisal may make an entry in the tv world's famous reality show Khatron Ke Khiladi 12. So far, you will be seeing her in the negative character of Asha Saxena Oberoi in the serial 'Sirf Tum Mein,' but you may not be able to see Kajal in this show. Because there are reports that Kajal is going to go to Cape Town for an adventure ride.

There are reports that Kajal may soon leave the serial only you. The makers have approached him for Khatron Ke Khiladi 12. She can come as a wild card contestant in the show. The deal between the producer and the actress is going to close very soon. According to reports received, Kajal is the villain in the serial. So she's an important part of the story. The story of the show shows how Kajal has married the father of the main lead Vivian Dsena. Now Kajal is creating a storm in the wedding of lead couple Ranveer and Suhani.

Talks are on about what will be the future of Kajal's character. Kajal will finish her shoot by next week. Although Kajal has not yet given the reason, we have also heard that Kajal has left the show to be a part of Khatron Ke Khiladi. If all goes well, fans will soon see Kajal on the sets of Khatron Ke Khiladi. The 12th season of the show is going well. Erica has been elected in the first week. Television's big and social media favourite star is participating in Rohit Shetty's show. Talking about Kajal, she is a famous actress on television. Kajal has worked in serials like CID, Bade Achche Lagte Hain, Adalat, Udaan, Naagin 5, Saath Nibhaana Saathiya. 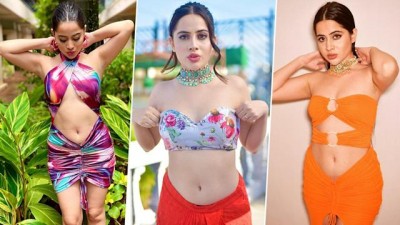