302 polling stations have been arranged for the upcoming Huzurabad by-election in Telangana. The campaigning has ended 72 hours before polling last evening. Officials said there are more than 1,000 voters at 47 polling stations and postal ballots have also been held for the elderly, disabled and COVID-19 patients. A total of 2,36,859 voters will vote in the Huzurabad Assembly Constituency by-election, which includes 1,17,768 male voters, 1,19,090 female voters, 14 NRI voters, 149 service voters, 8,246 PW voters, one transgender voter.

Of the total number of voters, 5,165 were in the age group of 18-19 years and 4,454 voters were around 80 years of age and above. The Huzurabad by-election is to be held on October 30 and the results will be declared on November 2. The Huzurabad bypoll, which has turned iconic for the ruling Telangana Rashtra Samithi, the opposition Bharatiya Janata Party and the Congress, will witness political heat in Telangana.

The seat fell vacant after former health minister Etela Rajender resigned from the TRS following differences with Chief Minister K Chandrasekhar Rao. Etela Rajender has joined BJP and will contest as its candidate. At the same time, TRS announced the candidature of student union chief G Srinivas Yadav. Several ministers, including KCR's nephew Harish Rao, are camping in Huzurabad and doing ground work for the promotion of Srinivas Yadav. 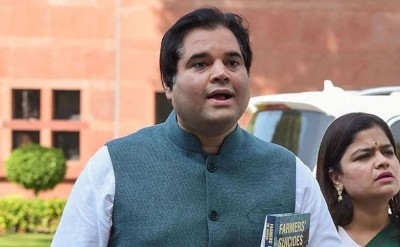