Actor Sudesh Berry's entry is going to happen soon in the famous serial 'Choti Sarrdaarni' of the television world. Sudesh Berry himself has given information about this news while discussing with the media. Sudesh Berry has said that he is very excited to appear in Choti Sarrdaarni. According to Sudesh Bairi, the makers of the serial Choti Sarrdaarni are his very old friends. When he offered Chhoti Sardarni in front of Sudesh, he could not stop himself.

The actor further said, 'Choti Sardarni's maker Rajesh Ram Singh is a very old friend of mine. I have done successful serials like Agle Janam Mohe Bitiya Hi Kijo with him. When he asked me to join Choti Sardarni, I could not stop myself.

Sudesh Berry has discussed his role and said, "In Chhoti Sardarni, I will play the role of a failed lover whose love has never succeeded. After that, he went to a different world and has completely changed. Now he has lived a different kind of life and is very close to nature. Sudesh has said that he relates with the role, 'I also love peace. I am not a party animal. In today's time when people are engaged on social media, I prefer to stay away from it. The craze of fans has increased for the upcoming episode of Choti Sarrdaarni. 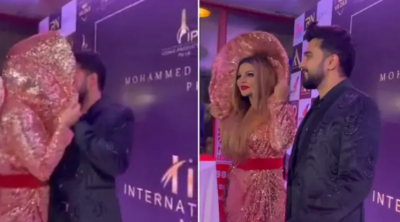