This SRH cricketer made a big disclosure about Chennai Super Kings! Sunrisers Hyderabad wicketkeeper-batsman Shreevats Goswami shared a narrative about Chennai Super Kings that any franchise could learn from. The Chennai Super Kings are without a doubt the most successful team in the history of the IPL. Despite the fact that the club has not won as many titles as the Mumbai Indians, it has played in the IPL final nine times, which tells the narrative of CSK's dominance.

Actually, left-handed batter Shreevats Goswami tweeted that the great team has to be learned from. "The most important thing to take away from the best IPL team is that experience should be valued," he stated. Players should be given plenty of time and opportunity to get through the stages in good shape. Players should be allowed to express themselves freely. During practise sessions, closed-room discussions should be brief and one-on-one. Members who do not participate in matches should be respected." 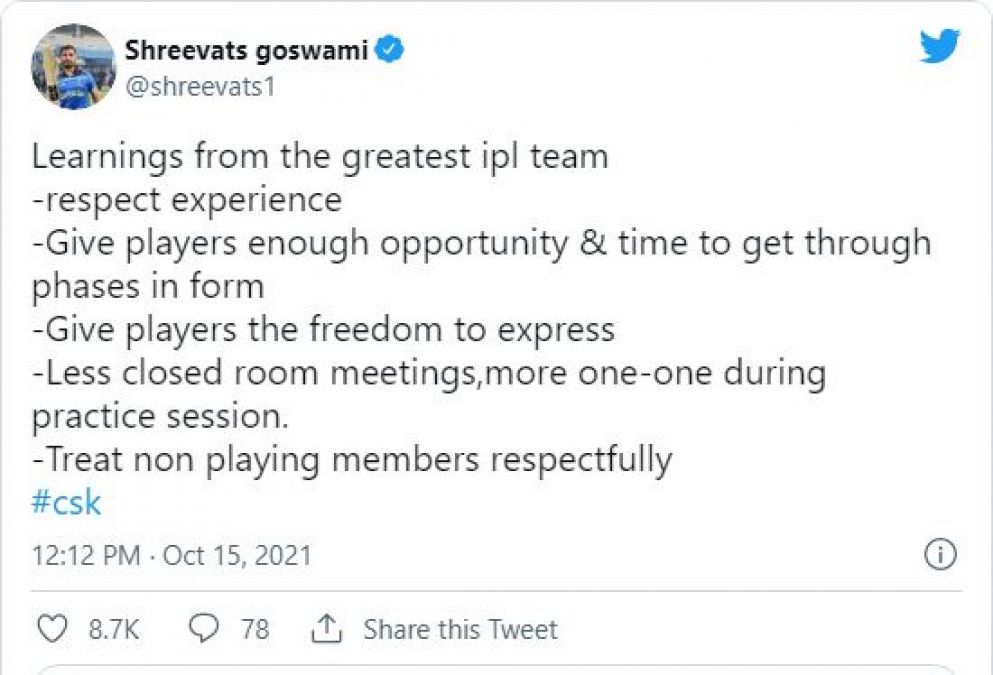 Shreevats Goswami was a player of the Sunrisers Hyderabad this season, however despite the team's poor record, he did not get to play a single match. Shreevats Goswami travelled with the squad to India and the United Arab Emirates, although he did not play in any of the matches this year. Jonny Bairstow was brought in as the wicket-keeper batter by Hyderabad captain David Warner, while later leaders Kane Williamson and Manish Pandey put their confidence in experienced wicket-keeper batsman Wriddhiman Saha. Shreevats, on the other hand, has a lot of experience, since he has been playing in the IPL since its inception, albeit he has only played 31 matches thus far. In one season, he played 12 matches for Rajasthan Royals.

There will be no traffic in Charminar from today: Police Commissioner Anjani Kumar