Lucknow: The police have solved the murder of an elderly couple in Prayagraj, UP. One of the culprits of this double murder has been caught through stolen phones and CCTV footage installed in place, but the sudden death of 2 killers has raised many questions. Prayagraj police do not have answers to these questions at the moment.

In fact, on the night of August 1 in Prayagraj, an old couple was attacked with a sharp weapon in the Soraon area. The murder has been revealed by the police. The police have arrested one of the accused. The police have also recovered the murder from the possession of the arrested criminals. Lavkush Pasi, a resident of Kaushambi, along with his two accomplices, had committed the murder of Prem Prakash Mishra and his wife in the Dadupur area of Soraon on the night of August 1. The thieves, hailing from Kaushambi district, who were nabbed by the police, had earlier conducted a recce of the house of the old couple, a resident of the Prayagraj Soraon area.

After that, seeing the opportunity, they entered through the roof path late at night and when they started stealing in the house, the old couple woke up when there was some sound due to it. When both of them resisted the theft, the thieves attacked them with an iron rod, in which the old teacher Prem Prakash Mishra died on the spot. Neerja Mishra was seriously injured in this attack. Later, Neerja Mishra died due to treatment. But in this incident, another thing has come to light, in which 2 criminals have died out of 3 people involved in the incident. Why did the death occur? The reason for this is not clear. According to the police, the criminals washed the blood stains on their bodies at the hand pump located not far from the spot of the incident and went back to Kaushambi via Civil Lines. These thieves involved in the murder of the elderly couple had also stolen a mobile while committing a theft in a house a few days ago. All were caught at the time of mobile location trace. 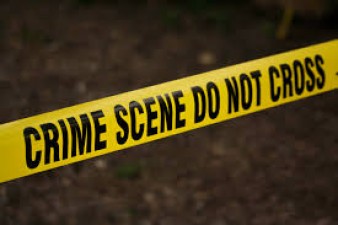