Rajkumar Rao Bhumi Pednekar is ready to rock. In fact, this pair will soon be seen in the film 'Badhaai Do' and both are ready to make the audience laugh with their pair. The trailer of both the films has been released and now the title track of the film of both has been revealed. This song is entertaining the audience a lot. Let us tell you that seeing this title track of 'Badhaai Do', you will also laugh on your face.

Yes, the beat of this song is such that no one will be able to stop dancing his/her steps. You can see in this song Rajkumar Rao is seen in Bhumi wedding clothes. At the same time, there is a wedding atmosphere in the video of the title track where Rajkumar Rao Bhumi Pednekar is seen on the stage, the guests at the wedding are congratulating him. In this song, you will also see desi dance of Rajkumar Rao on the dance floor and Bhumi also supports him in this. You can see that the entire starcast is present together in this song filled with the fun of the wedding atmosphere. This song is sung by Nakash Aziz and music is given by Tanishk Bagchi. The lyrics of this song have been written by Vayu.

Let us tell you that the film, directed by Harshvardhan Kulkarni, is going to be released in theaters this year, in which family entertainment is going to be seen. The film is a sequel to Ayushmann Khurrana Sanya Malhotra's Badhaai Ho in 2018, which was one of the hits of that year. Apart from Rajkumar Bhumi Pednekar, the film also includes an ensemble cast of talented actors like Seema Pahwa, Sheeba Chaddha, Chum Darang, Lovleen Mishra, Nitish Pandey, Shashi Bhushan. The film is scheduled to release on February 11 on Amazon Prime Video. 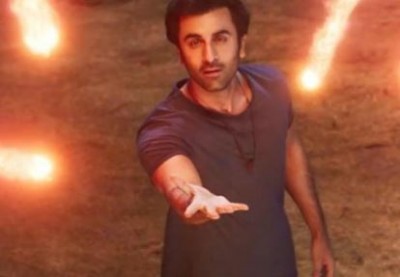