Travelmate Robotics to lead a massive revolution in the robotics industry A company called Travelmate Robotics and based in the United States has made the first consumer robot assistant. They hold a patent for all robots connected to smartphones that follow you. The first innovative and affordable all purpose consumer robot will lead to the mass adoption of consumer robots. Now, this company is allowing for an unprecedented investment opportunity in the form of a pre-IPO that is open to all investors around the world. Tractica Research says that, Consumer robots have been part of popular culture for decades, fueling visions of having robots living alongside humans in our homes to assist with daily tasks, entertain, educate, and socialize.?
https://youtu.be/dMvo1Ki3_L8

Tractica further states that, ?there is renewed interest in consumer robotics with the company introducing new innovations and product categories. The market intelligence firm anticipates that this innovation and diversification within the market will drive growth in unit shipments from 15.4 million in 2018 to 65.8 million units annually by 2025. By that time, the global consumer robotics market will reach $19 billion in annual revenue.? 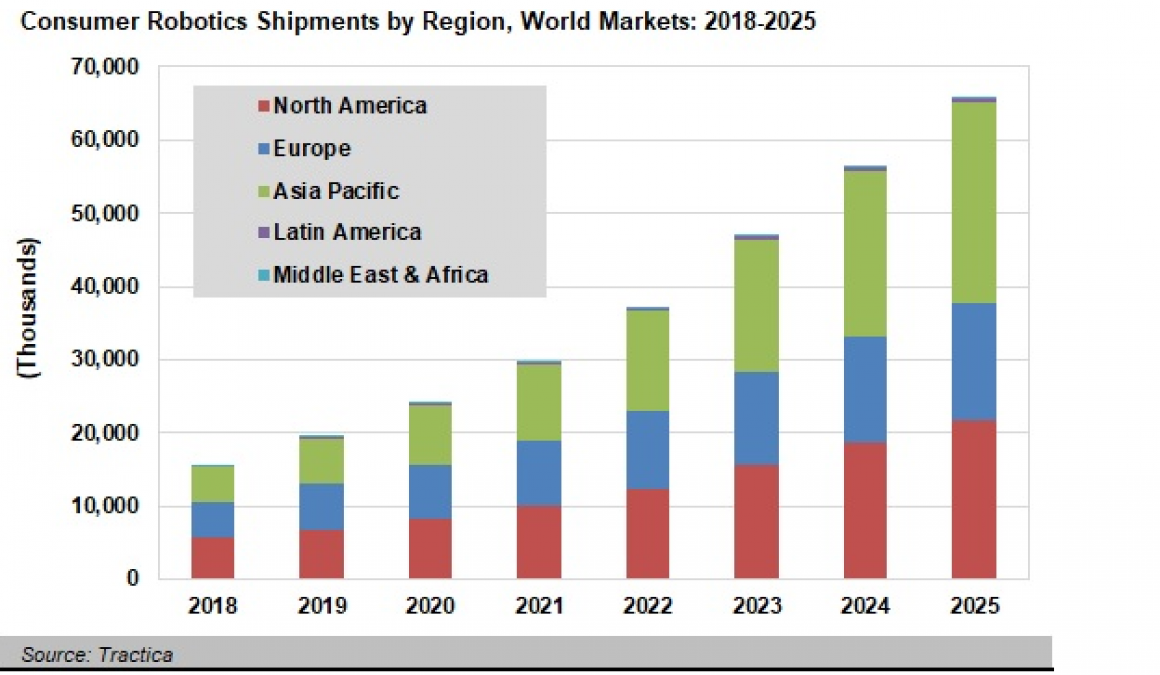 Technologies will also improve - robots will be ?wiser? and ?learn? to build emotional connections with their masters. Computer vision systems, touch sensors and other innovations will enable robo-servicers to help people efficiently and unobtrusively. Most consumer robots clean windows, clean floors, pools and mow lawns. However, in the coming years we can expect a significant expansion of the range of their capabilities.

Juniper Research defines ?consumer robots? as stand-alone mobile electromechanical devices that can be programmed and reprogrammed for home-based non-commercial use. Such robots are distinguished by their ability to perceive some of the events taking place around them and respond to them in accordance with the original program. 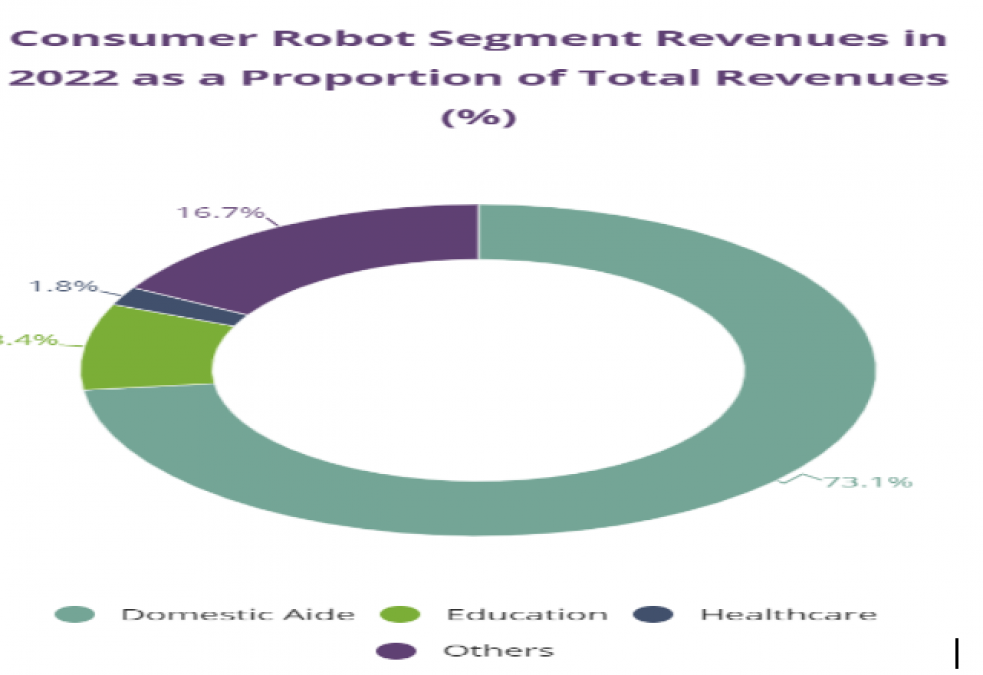 Robotics is now the world?s fastest growing industry, with global spending on robotics and related services to grow at a compound annual growth rate (CAGR) of 17% from more than $71 billion in 2015 to $135.4 billion in 2019, according to International Data Corporation (IDC). Sales and revenue reaching best-ever heights, venture capital investments are reaching historic levels, and acquisitions are accelerating adoption powered by the influence of major corporations. Any political or economic jitters have not yet harmed the mood for robot deals.?

Travelmate Robotics has created the world's first multi functional robot assistant and self moving suitcase.They have now launched an opportunity to invest into their company and receive equity in return. That is your opportunity now with Travelmate Robotics, a company that is revolutionizing the industry of robotics and AI. Imagine if you could go back in time and invest in Apple right before they announced the iPhone. Or invest in Google, back when they were still a startup.

A very intriguing aspect to their company portfolio is a patent covering all robots connected to smartphones. One of their investors on Wefunder put this across very well, ?Not only is the concept awesome but a patent(s) that applies to all future mobile phone/robotic interaction is a potential goldmine.?

Travelmate Robotics' campaign says that, ?This robot allows for thousands of features, owing to an integrated ecosystem between your smartphone and your Travelmate robot. It?s powered by a proprietary patented movement system, which utilizes artificial intelligence as well as machine learning to follow you wherever you go ? this robot will get smarter the longer you use it.?

Furthermore, they plan on expanding their patented technology to applications in medical settings, sports equipment, cargo transport and more.


You can become a partner in their company, which is based in the United States, by going to their Wefunder page (https://wefunder.com/travelmate.robotics). They are currently doing an early bird special for this campaign, which means that you will get more shares in the company if you invest now. Bloomberg and Business insider estimate that Travelmate robots can tap into a 1.7 billion market. Their equity campaign launched only a few days ago and has already raised almost 90,000 US dollars ? the vast majority of which has come from small investors.
RESEARCHED BY JUNIPER RESEARCH
Share
Facebook
Twitter
Pinterest
WhatsApp
Koo