CRYPTOCURRENCY PRICE UPDATES: Today, October 5,  cryptocurrency prices soared along with US markets, with Bitcoin regaining the USD 20,000 level. The biggest and most well-known cryptocurrency in the world was up the highest in two days in roughly a month, trading about 4 percent higher at USD 20,244. The success of Bitcoin and the S&P 500 have been connected all year.

As per CoinGecko, the market capitalization of all cryptocurrencies climbed back above USD 1 trillion today after increasing by over 2 percent over the previous day to reach USD 1.01 trillion.

"This month marked the first time that Bitcoin crossed the USD 20,000 threshold. The volume of Bitcoin traded during a 24-hour period increased dramatically by 35 percent, reaching USD 33 billion, as investors search to more recent assets to protect their savings from depreciating fiat currencies. According to historical statistics, Bitcoin always performs better in October and keeps growing until the end of the year. In November of last year, it reached a record high of USD 69,000 "said Tarusha Mittal, UniFarm's COO and co-founder.

As central banks throughout the world raised interest rates to tame growing inflation, the value of the global markets fell over the past few months. As fears of a recession increase, risky assets like cryptocurrency have been particularly severely hit.

Celsius Network Ltd., a bankrupt cryptocurrency lender, has set dates for the auction of its assets, with the final bid deadline being October 17 and an auction, if necessary, being held on October 20. One of the most notable fatalities of this year's cryptocurrency market collapse, which also included the TerraUSD stablecoin, hedge fund Three Arrows Capital, and lender Voyager Digital Ltd., was Celsius. 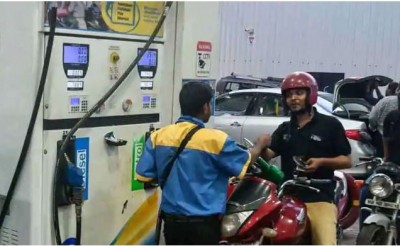 Another major update after the closure of 1000-500 notes, bank issued a notice