Korba: A shocking incident has come to light from the Korba district of Chhattisgarh. 3 children lost their lives after the raw wall of the house collapsed. Three brothers were buried under the debris, while the fourth brother called his mother from the field after the incident. The death of 3 young children plunged the entire village into mourning. On the news of the case, the police team reached the spot. With the help of local villagers, the children buried in the debris were immediately pulled out, but by then the three children had lost their lives. The bodies of the three children were sent to the Pali community health centre.

Police station in-charge Rajiv Srivastava said that the accident took place in Raha-Sapalwa village of Pali police station area. Basant Yadav, a resident of Raha-Sapalwa, has four sons, out of which three sons Rupesh Yadav (4 years), Ritesh Yadav (6 years) and Rukesh Yadav (8 years) have died. It was raining lightly on Monday afternoon. Basant Yadav's house had an old mud boundary wall. After the rain stopped, the four children were playing near the wall, when suddenly in the evening the wall collapsed. In this case, 3 children were buried under the debris of the boundary wall, while one child escaped unhurt as he was away.

Basant Yadav and his wife were not at home during the same incident. One child escaped unhurt during the incident. The child did not understand anything and he ran to the field. He reported the matter to his parents, following which, Basant and his wife rushed home. The debris was removed with the help of the people of the village, but the three children died due to being buried in the wall. The death of three brothers of the same house caused a scream among the family members. Mourning spread in the village. The matter was reported to the Pali police station. Police are investigating the case. 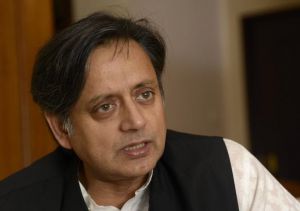