Tulsi Varsani, a filmmaker of Indian roots is one of the prominent Indians in the eastern part of Africa. Creating an identity for yourself amongst people who are completely aware of your roots can be a herculean challenge. Fear of getting isolated or simply getting unaccepted is something that can haunt the bravest of us all.

It was not the case with Tulsi Vasrani and maybe that's the cause that caused him to climb up the ladder of success in Uganda and all over the world. He is an NRI businessman who has spent a major part of his life abroad particularly in Africa. He was awarded Best young Entrepreneurs in Uganda (East Africa).

However, that doesn’t stop Indians from loving him. The local people of Kutch call him Kutchi Kohinoor. That makes him feel like he belongs to the same and overwhelms me.

He recently launched himself with a Gujarati album called “Odha Ji” and that has successfully crossed lakhs of views across YouTube and other platforms. He co-produced the album with Kom productions that are owned by Komal Chandrana.   His social media profile is filled with Big Bollywood celebrities and major figures who are in all-praises for his work and album. But, that is a mere start because it is Tulsi’s debut album and he has to cross millions of views in a matter of days with his upcoming projects.

Apart from being a successful business entrepreneur, Tulsi has dipped his hands in the entertainment industry as well. Odha Ji is already a blockbuster that also stars Gujarati superstar Malhar Thakar. But, Tulsi is also an actor and a filmmaker whose passion can be easily estimated given the fact he spares out time for that amidst a work schedule that keeps him super busy all the time.

But, there are even much bigger plans that are going to be implemented on his end soon. Tulsi Vasrani is soon going to produce an album with the champion of India’s biggest singing reality show. Salman Ali is the name of the singer who needs no further introduction as he is already a name that rules the hearts of many. Tulsi and Sarvi Choksi will be the leading artists in the song Tere Bin that will be voiced by Salman Ali. The song is almost ready and will release by next year.

After that, tulsi will star in Baba Harbhajan Singh that is a biopic movie based on the martyrs of our country. It will be a heart-wrenching story and the makers are putting all their hearts into it.

Tulsi Vasrani has mere started but in a grand style that predicts his future aim as being one of the prominent figures in the Indian entertainment industry.

Get ready to witness the magic of Gujarati cinema with yet another comedy film - Dham Dham Dhamachakkdi.

GMC elections: BJP ahead on 41 seats from 44 seats 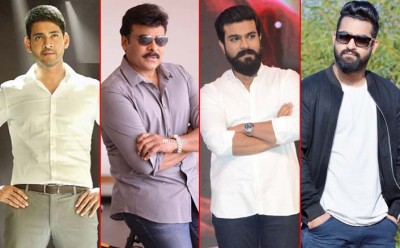