Twitter can do a big 'game' in the assembly elections, this 'site' is already in controversy New Delhi: The schedule for the assembly elections of Uttar Pradesh, Uttarakhand, Punjab, Goa and Manipur has been announced. Voting in these five states is going to start from February 10. At the same time, in the era of Corona crisis, social media platform has become a big platform for election campaign. In such a situation, microblogging site Twitter has also intensified its preparations for the assembly elections. The company says that they have started a new initiative to empower citizens, so that people will get information about their rights before voting.

Twitter India Executive, Payal Kamat said, 'What is happening, this is Twitter and events of political and civic importance always find a place here for discussion. Public discourses are determined by these conversations and we know the responsibility that falls on us to ensure that people get reliable and authentic information when they go to vote. For this we are working on partnership with official authorities. However, it is also worth noting here that Twitter itself has been accused of being biased many times, recently Twitter closed the account of Aarti Tikku, founder and chief editor of a media organization called 'The New Indian'. . 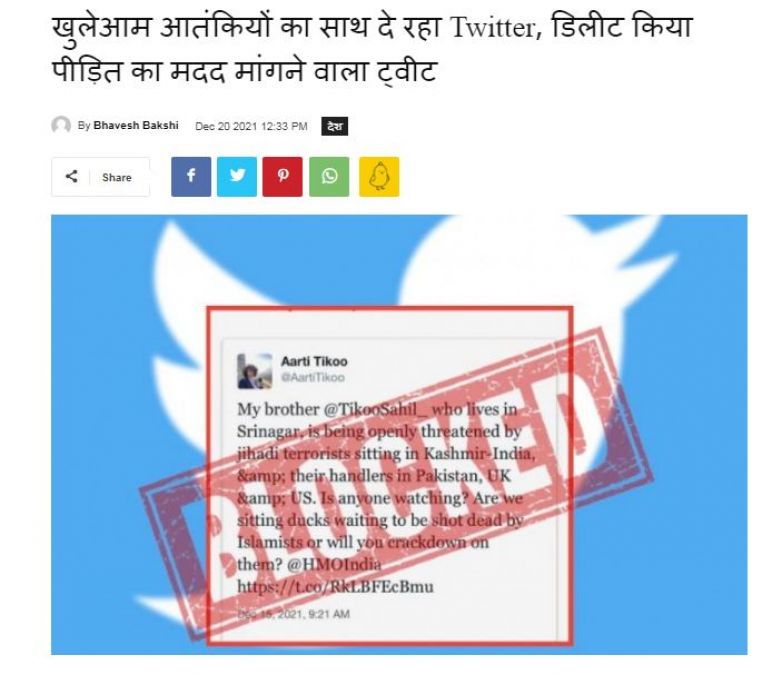 What happened with Aarti?

Aarti's mistake was just that, she had made a tweet about her brother Sahil Tikku that the life of his brother living in Srinagar is in danger from terrorists, for which he had sought help on Twitter. But Twitter also banned Tikku's account and forced him to delete his tweet. After this, Aarti Tikku had approached the Delhi High Court against the suspension of her account by Twitter. He has filed a petition demanding the cancellation of Twitter's decision. In this, he has said that his rights under the constitution have been violated. In such a situation, how can we believe on Twitter, which openly supports terrorists, that it will be neutral about the elections being held in India. 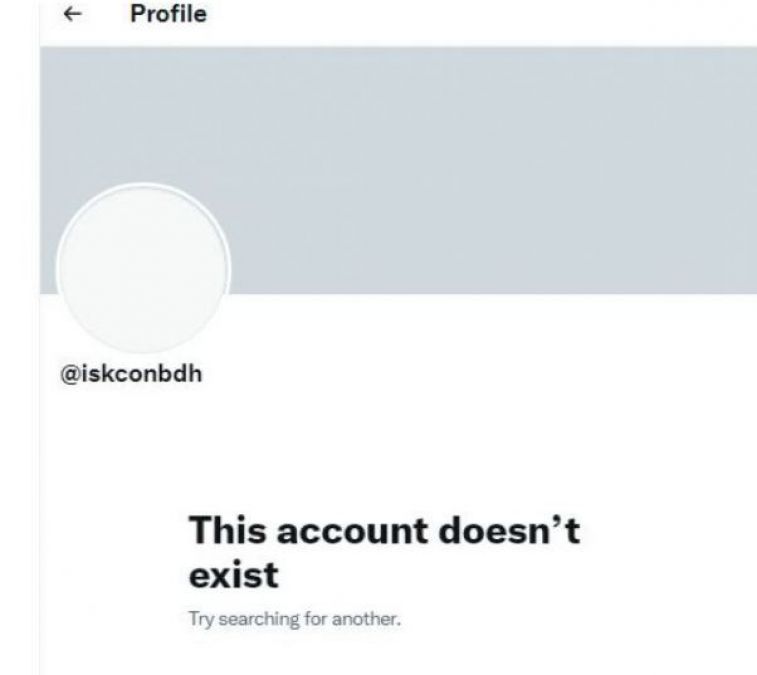 The voice of the victims of the Bangladesh violence was also suppressed :-

When the administration or the main stream media is not raising voice for you, or is not showing the atrocities being committed on you, then in today's time social media is used as a weapon, so that you can fight the atrocities that are happening to you. Put it in front of the world and expect help from somewhere. The Hindus of Bangladesh did the same thing. During Durga Puja in 2021, when Hindus in Bangladesh were attacked, their houses were burnt, their women were murdered, their women were brutally raped, the media there remained silent. So ISKCON Bangladesh and Bangladesh Hindu Unity Council started sharing pictures of the suffering Hindus to the world with their Twitter handles, but Twitter suspended the accounts of both of them. On the other hand, Twitter had flatly refused to suspend the accounts of the leaders of the Taliban, which killed thousands of people in Afghanistan. Whereas the same Twitter has suspended Kangana Ranaut's account for provocative statements. In such a situation, it is completely wrong to believe that Twitter's interference in the election will be fair.