Two-wheelers Market in India is likely to rebound in coming months, says ICRA According to ICRA, the Indian two-wheeler market is expected to experience a rebound in sales in the coming months due to a number of factors. It highlights easing supply chain limitations as well as spillover effects from the union budget's optimistic announcements on infrastructure expenditure and agri-initiatives in 2022 as major reasons.

According to statistics given by six major OEMs, the Indian two-wheeler market showed a 14 percent sequential gain in domestic wholesale volumes in January 2022, according to Rohan Kanwar Gupta, Vice President and Sector Head, Corporate Ratings, ICRA.

Motorcycle and scooter sales, on the other hand, were down 21% year over year, reflecting the negative impact of price rises, fuel inflation, and omicron-related worries on consumer sentiment. He also stated that supply chain concerns in the luxury motorbike industry were still present. "The reintroduction of localised limitations to contain the third wave of the pandemic hindered retail sales, resulting in an 11% sequential (14 percent YoY) drop in volumes to 10.

2 lakh units are available. Nonetheless, the industry is cautiously hopeful about recovery in the coming months, thanks to easing supply chain limitations and spillover effects from positive announcements in the budget on infrastructure spending and agri-initiatives," he said.

Since the devastating pandemic hit India, the two-wheeler sector has been slowly but steadily recovering. While the first wave of the pandemic had no effect on the category, the second wave had a significant impact on two-wheeler sales. The second wave had a significant influence on the country's rural areas, resulting in a tremendous disruption in demand for two-wheelers, of which rural markets account for a huge portion.

New bike of TVS, knowing speciality you will also be crazy about it

Toyota unveils its Sequoia full-size SUV, Here are its Specs 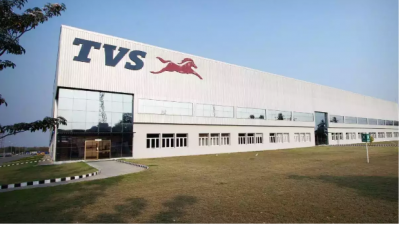