Dubai: The nation's first metaverse project was introduced by Web3 pioneer BEDU in the UAE under the name 2117, which was motivated by Dubai's ruler Sheikh Mohammed bin Rashid Al-desire Maktoum's to establish the first colony on Mars.

According to Amin Alzarouni, CEO of BEDU, the metaverse's name, 2117, was inspired by Sheikh Mohammed bin Rashid Al-declaration Maktoum's in 2017 that the first Mars colony would be established a century from now.

Therefore, he explained, "that's why we call the metaverse 2117, inspired by that vision.

The Mohammed bin Rashid Space Center's Mars space layout is in line with the recently launched metaverse, and BEDU intends to construct a complete world on it with residences, lodgings, entertainment venues, educational institutions, and healthcare facilities, according to Alzarouni.

He claims that the metaverse project has received millions of dollars in investment, but he doesn't give an exact figure.

In addition to asserting that the company's name is derived from a Bedouin term, Alzarouni added that the firm's goal is to discover the next planet by following in the nomads' footsteps.

He said: "We are going to continue discovering different areas, and the next destination is Mars. They [nomads] basically discovered the land here, discovered Earth.

According to Alzarouni, the value of humanity, regardless of its apparent space orientation, is the primary focus of metaverse 2117.

"Humanity and the values of humanity, which are how people can live together in tolerance and without distinction between religion, culture, and race," he said, "are what we are focusing on a lot."

Alzarouni clarified that 2117 is a fully immersive digital universe that coexists with reality. The Mars vision won't be realised in the real world for 95 years, but BEDU has already made it a reality in the metaverse.

MBRSC also provides the information needed to build a metaverse that is as real as possible, Alzarouni said, in addition to giving BEDU the space layout.

According to Alzarouni, businesses can expand much more quickly and easily in the metaverse, which might lead to the creation of more jobs.

In five to ten years, new positions will need to be filled in the metaverse, he predicted.

A combination of an architect and the programming abilities found in the metaverse is one of the jobs I envision being created in the future, he said.

He went on to say that by implementing a curriculum in universities, a new set of skills could be developed that would enable graduates to play a role in the metaverse and have an architect's mindset.

The metaverse already has a concept and has been briefly incorporated into society through games like Roblox and Fortnite, according to the CEO.

One way the metaverse could be useful, he said, is in the manufacturing, automotive, and real estate industries, where the idea of a digital twin already exists.

The world is still in the early stages of integrating the metaverse into reality, he continued. Depending on the adoption rates, it might take some time, according to Alzarouni. He added that it might take five to ten years for the metaverse to be fully integrated into society.

Alzarouni claimed that BEDU's main goal and strategy is to become the following unicorn in the Web3 industry.

We are all currently on an equal footing. Nobody, not Meta, not Microsoft, not any other metaverse project, and not even us, can assert that they are in the lead, he said.

People will be able to attend school, work, and attend concerts in the future of metaverse 2117, he said.

Users will launch from Earth in "2117" and travel through space for seven months before touching down on Mars. According to Alzarouni, the journey is anticipated to start in December.

Starting in October, the general public will be able to participate in the metaverse, which will end at the start of December 2022.

The sale, according to Alzarouni, will last for two intervals. The first sale will be for 0.2117 ETH and will be conducted in private. The cost will be 0.25 ETH in the second sale, which is open to the general public, he continued.

According to him, Web3 users who have digital wallets will be able to link their wallets and access 2117 using their cryptocurrency. It is therefore as simple as any modern e-commerce experience, he continued.

People will be able to access the 2117 metaverse through a link shared by the company once BEDU is released by the end of October, he said. 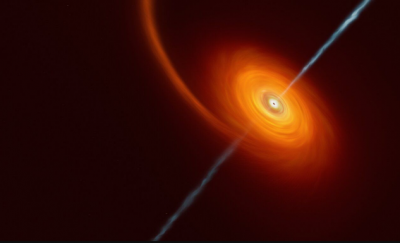