Amritsar: In Punjab, the Aam Aadmi Party (AAP) has declared Bhagwant Mann as the CM face. Let us tell you that people know Bhagwant Mann as a comedian apart from the leader. Since the formal announcement of declaring him as CM face, his old photos and videos are becoming fiercely viral on social media. Users on Twitter are calling Bhagwant Mann as 'Pegwant Mann'. People are sharing his five-year-old photo on social media, when he was accused of reaching a public meeting after drinking alcohol and giving flying KISS for 5 minutes continuously. 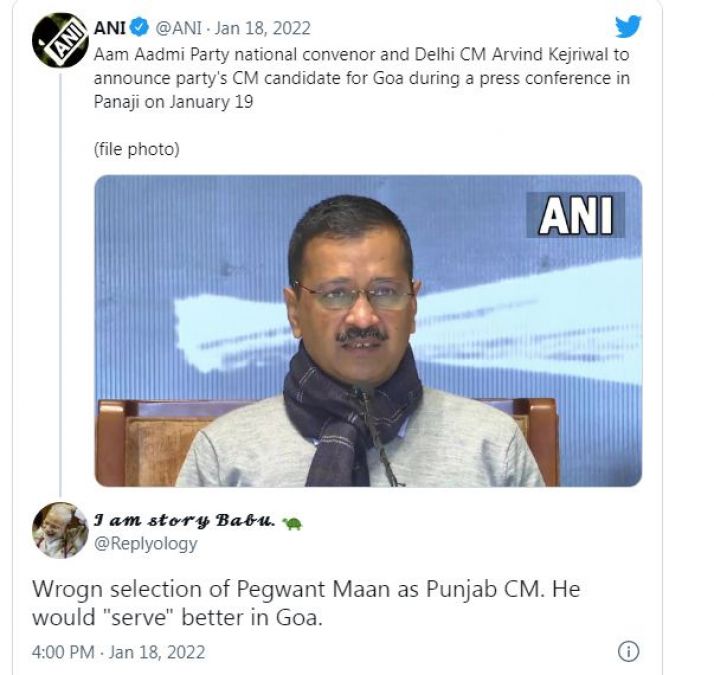 A user wrote on Twitter that, 'It is wrong to select 'Pegwant Mann' for CM candidate in Punjab. He can give better services in Goa. While commenting on the name Santosh Kumar wrote that, 'Kejriwal went to make Punjab drug-free, with the help of a drug addict.' At the same time, @Mohitat1980 wrote that Daru wala in Punjab, Feni wala in Goa. Let us tell you that five years ago, Bhagwant Mann had reached the old grain market of Moga to hold a public meeting, but when he got up to speak, he kept giving flying kisses to the people for 5 minutes and was falling down again and again. It was told in media reports that he was unable to stand straight even once during the speech. Somehow the security guard took care of Bhagwant Mann and supported him and took him to the car.

In this regard, advocate Prashant Bhushan, who was once very special to AAP President Arvind Kejriwal, had accused AAP MP Bhagwant Mann of drinking alcohol and addressing the public meeting. Bhushan shared a photo of a newspaper on Twitter and wrote that, 'Aam Aadmi Party's star performer Bhagwant Mann reached election meetings after drinking alcohol, while AAP which is claiming to make Punjab drug-free.'