President Donald Trump's decision to pardon four former Blackwater contractors jailed over the killing of 14 Iraqi civilians has been sharply criticised by the UN. According to the report of BBC, The UN Human Rights Office on Wednesday warned that Trump's pardons would give courage others to commit such crimes.

In the year 2007, Nicholas Slatten, Paul Slough, Evan Liberty and Dustin Heard opened fire in and around Baghdad's Nisoor Square while guarding an American diplomatic convoy. There was no immediate response from the Iraqi government.

Slatten, Slough, Liberty and Heard were among 19 Blackwater private security contractors assigned to guard a convoy of four heavily-armoured vehicles carrying US personnel on 16 September 2007. The contractors opened fire in and around Nisoor Square, a busy roundabout that was immediately adjacent to the heavily-fortified Green Zone. At least 14 Iraqi civilians were dead - 10 men, two women and two boys aged nine and 11 in the incident.  Iraqi authorities put the toll at 17. This incident strained relations between the US and Iraq and sparked a debate over the role of contractors in warzones.

US: Indian-origin man charged with cyberstalking woman, threatening her with rape and murder 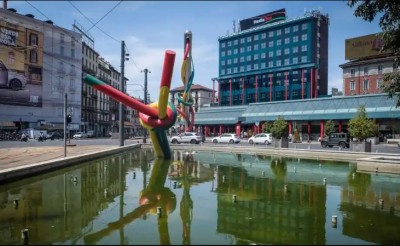