NEW DELHI: The Union Cabinet is likely to discuss the much-awaited relief package for the financially stressed out telecom sector today, September 15.

The Cabinet may, accordingly, consider a moratorium on payment of spectrum dues by telecom firms as part of a package for the sector aimed at giving relief to companies such as Vodafone Idea that have to pay thousands of crores of rupees in un-provisioned past statutory dues. The relief package under consideration includes telecom firms getting an option to convert interest on spectrum dues of the four-year moratorium period into government equity, three sources with the knowledge of the development said. The move comes six weeks after billionaire Kumar Mangalam Birla resigned as chairman of beleaguered Vodafone Idea Ltd on August 4.

VIL's August 4 intimation about the top-level changes had come on a day stock exchange seeking clarification from the company over the widely reported June 7 letter of Birla to the Cabinet Secretary offering his stake in Vodafone Idea to the government or any company approved by the government for free. VIL, which was created from the merger of British telecom giant Vodafone's India unit and Birla's Idea Cellular Ltd, has to pay about Rs 50,399.63 crore in statutory dues dating back over past many years. Some within the government are, however, questioning using taxpayer money to bailout telcos who had failed to provision for statutory dues during the pendency of legal cases

Retail inflation of India eases to 4-month low of 5.3% in August 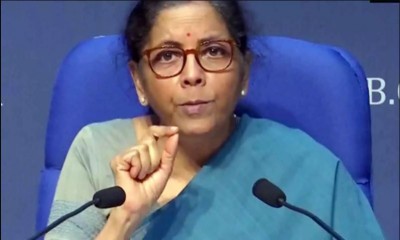