Lucknow: Congress General Secretary Priyanka Gandhi has released the second list of candidates for the UP assembly elections. Women have been given priority in this list. The Congress list has 41 names, including 16 women. Earlier, Congress had released its list of 125 candidates. 50 women were ranked in the first list. 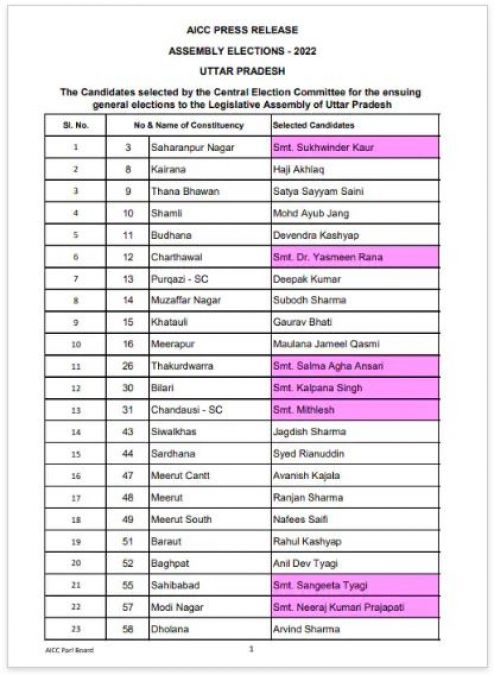 The same Congress has released the list of candidates a day before the last date of nomination. With this, candidates have been announced in all seven seats. Poonam Pandit from Syana, Salim Akhtar from Secunderabad, Sunita Sharma from Dibai, Tukkimal Khatik from Ziaur Rahman Khurja from Shikarpur, Gajendra Chaudhary from Anupshahr and Sushil Chaudhary from Bulandshahr Sadar seat have been fielded. The Congress has declared its candidates in all the three assemblies of the Shamli district. Haji Akhlaq from the Kairana assembly seat, Satya Samarth Saini from Thana Bhavan and Ayub Jung from Shamli have been nominated. 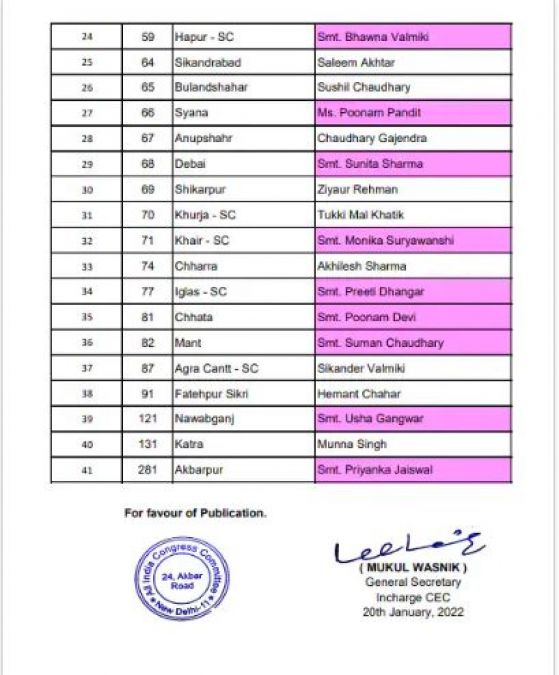