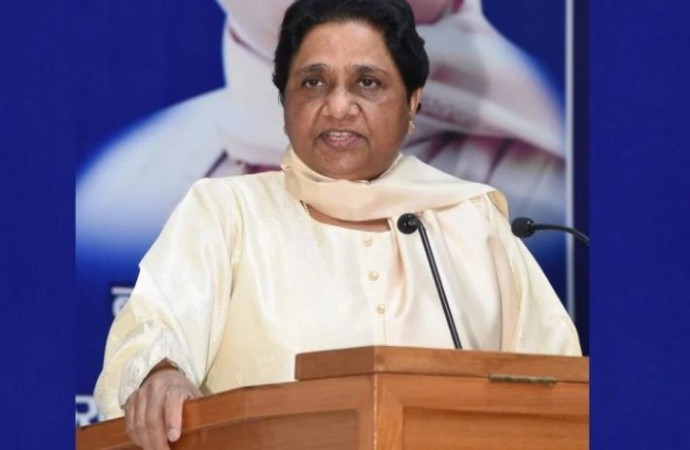 Lucknow: The Bahujan Samaj Party (BSP) on Friday released yet another list of its candidates for the Uttar Pradesh Assembly elections. The names of 53 candidates have been announced in this list. With this, BSP supremo Mayawati has fixed the list of candidates for most of the seats in the fourth phase. Earlier on Thursday, Mayawati had announced 59 new candidates, in which she has fielded two new candidates instead of two old candidates.

Meanwhile, BSP supremo and former CM Mayawati has accused the BJP and the Samajwadi Party (SP) of collusion and accused both of them of trying to give a hateful colour to the UP elections. Mayawati wrote on her Twitter handle that "the way politics of religion and caste dominates the UP assembly elections and such news is also full in the media, it seems that all this is happening under the inner connivance of sp and bjp and they want to give the election a Hindu-Muslim and caste hateful colour." The people were alert. '

Let us know that voting is to be held for assembly elections in 7 phases in UP. In UP, polling will be held on February 10, February 14, February 20, February 23, February 27, March 3 and March 7 under these phases. At the same time, the results of the election will be released with the counting of votes on March 10.