TV's famous actress Urfi Javed expresses her opinion on every issue. Urfi is also often in the news for her styling, she also flaunts the experiment she does on her outfit. In a recent interview, Urfi Javed has put forth her side of religion. 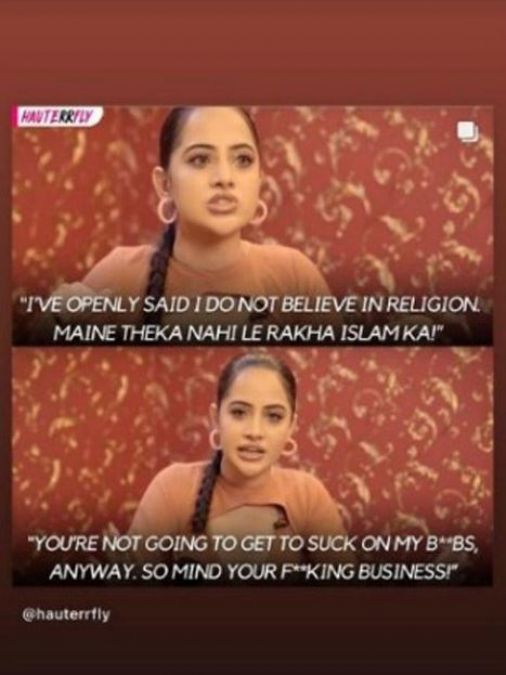 Not only common people, many stars have also said many things to Urfi Javed. Giving a befitting reply to all of them, Urfi Javed said that the limelight is not just for you people. If I am getting the limelight, I am not taking it away from you guys. Let us know that Urfi Javed has been seen playing the role of daughter-in-law in 'Yeh Rishta Kya Kehlata Hai.' And in real life it's no less than a babe. She is very glamorous.