Urfi Javed on 'Oops Moment' clarifies, says ' There is nothing to see that...' The style statement of tv's famous actress Urfi Javed is the most different and unique. Seeing the kind of atrangi outfit that Urfi wears, many people's heads turn around. Urfi's clothes are very bold and reviling along with being unfriendly and unique. Now once again Urfi appeared in a very sizzling outfit and she became a victim of oops moment.

The same now Urfi has given a clean chit on her oops moment. Urfi shared a viral video of herself on her Instagram story and captioned it- Today there was a little wardrobe malfunction. Don't make it a big issue anymore. These kinds of things keep happening. There's nothing to see that's not already in the world. 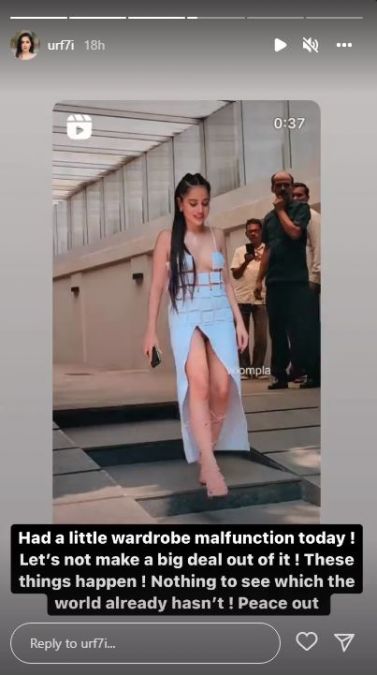 In this bold and reviling look, many videos and pictures of Urfi are going viral on social media platforms. Urfi is facing trolling of people this time too. Urfi may be looking good in this white outfit, but she is being trolled for the design of her outfit.