Famous TV actress Urfi Javed remains in the headlines for one reason or the other. She keeps setting her fashion sense on fire on social media. While the fans of Urfi love her dressing style, there are many people who do not like her outfits at all. Urfi has often been asked by fans on social media about her boyfriend, but she has always given evasive answers, but now she has revealed the name of her boyfriend.

Actually, recently Urfi Javed held an Ask Me session on Instagram. Due to this, Urfi answered many questions of his fans. Urfi gave such an answer to a question that surprised even his fans. A person asked Urfi, who is your boyfriend? In response to this, Urfi wrote, Chris Evans, if anyone knows, tell them, call your girlfriend.' However, Urfi has said this in a joking manner. Keep in mind that Chris Evans plays the role of 'Captain America' in Marvel movies. 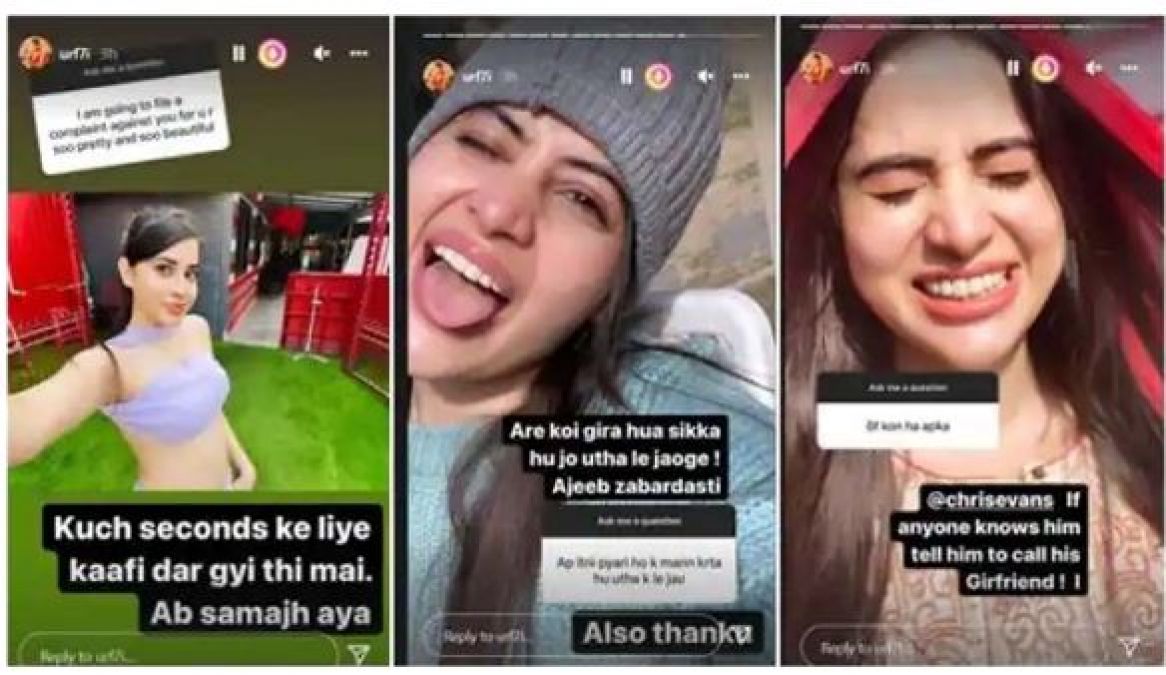 During the same session one of the fans said, you are very cute and lovely and that's why I want to file a case against you. To this Urfi replied, I was scared for a few seconds, but now I understand. Another person said to Urfi, you are so cute that I feel like taking it away. On this Urfi gave a tremendous answer. He wrote, Hey, I am a fallen coin, which you will pick up and take it away. Well thanks.