Urmila's career ruined due to this, married to a man 10-years younger than her 'Rangeela Girl' Urmila Matondkar has turned 46 today. Urmila is one of the best actresses of her time and even today she is no less. Urmila married Kashmiri businessman and model Mohsin Akhtar Mir in 2016. Urmila married secretly and most interestingly, Mohsin is 10 years younger than Urmila. Urmila was born on 4 February 1974 in Mumbai and today she is celebrating her 46th birthday. Urmila started her acting career as a child actress with the Marathi film Jhakola (1980) and Kalyug (1981) was her first Hindi film.

After this film, Urmila got recognition from the film Masoom and in this film her song Lakdi ki kathi, kathi pe ghoda is still popular which people still love. By the way, Urmila has not only worked in Hindi but also in Marathi, Tamil, Telugu and Malayalam films and everywhere she has made her strong identity. Urmila has given many bold scenes in many films and for many films, she has been nominated in the Filmfare Award for Best Actress.

Urmila worked with Ram Gopal Varma in films like 'Satya', 'Jungle', 'Pyaar Tune Kya Kiya' and 'Bhoot' and none other than Ummila was given work apart from Ram Gopal Varma and that's why Urmila's entire film Career was ruined and she disappeared from the industry. She then joined the Congress Party and now she remains active on social media. 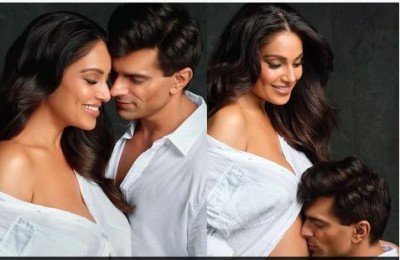