UTM Motion Pictures Is All Set To Collaborate With Music Composer Punnu Brar On A Six Song Deal! Here Are The Deets!

The entertainment field over the last few years has drastically evolved. As much as the audience love films, even the musical melodies have made a place among everyone. Lately, the trend of music videos has taken the digital ecosystem by storm.

UTM Motion Pictures a newly surfaced film production house is all set to come up with a six-song deal with music composer Punnu Brar.

Punnu is a man with diversified talents. His passion for music and the quality of his content is utterly intriguing.

We are now gearing up for a collaboration of six songs with him said an official of UTM.

It is said that all are music videos and will be recorded one after the other. Moreover, the audio rights of these songs will remain with Androtech Records and the video rights shall be acquired by UTM Motion Pictures.

As per the close sources of this collaboration, the deal got locked a few days back.

When asked Punnu about the development of these projects, he said, “We are still in discussion, and I recently had a meeting with the officials of UTM Motion Pictures. I am glad that they loved my music and have decided to go forward with this association.”

He is the founder of Androtech Pvt Ltd and recently branched out with Androtech Records which is a record company,

Plus he also owns a production house named Bro and Sis Productions.

We wish both UTM & Punnu Brar lots of luck & success for all there upcoming ventures.

Ranbir-Alia spotted at Jodhpur, both searching the wedding venue? 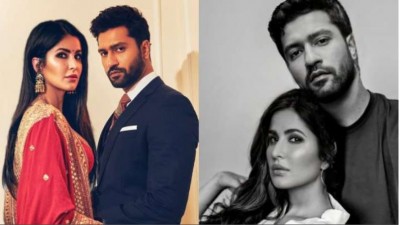