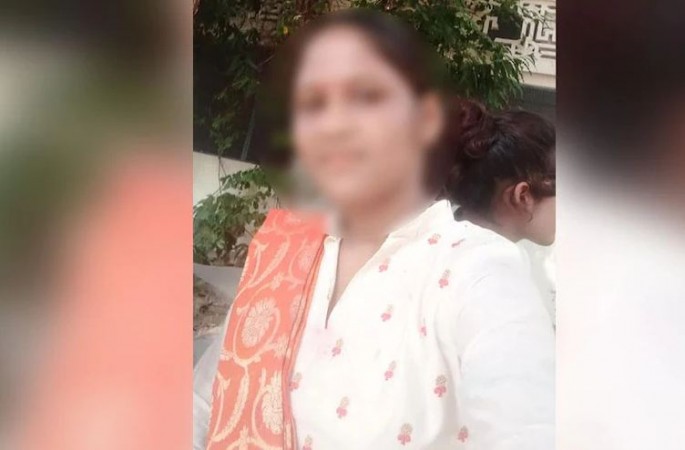 Lucknow: A young woman in Uttar Pradesh's Banda has come under depression and committed suicide. In fact, the deceased girl's face used to get rashes. Even after seeing several doctors for 10 years, her disease could not be cured. Due to these rashes, the young woman's marriage was also broken many times and she started living in depression. Then suddenly she hung herself from the fan.

The case pertains to the Bisanda police station area of Banda. Ramgoolam lives here with his wife, daughter and son. The mother of the deceased went to feed the cattle in the morning. After coming back, she called out to her daughter. After making noise several times, there was no answer from inside, so she entered the room looking for the daughter and saw that the daughter was hanging from the fan. After hearing the woman's cries, her son and nearby people also reached the room, they came to know about the incident. Immediately the body was brought down and the matter was reported to the police. Police, who reached the spot, took the body into custody and sent it for postmortem. During interrogation, the brother of the deceased girl told that his sister's face used to get rashes. She was also undergoing treatment but had not found any cure for 10 years and the sister was very upset. That's why the marriage didn't even happen.

The deceased's father works as a labourer in Surat. The incident has caused grief in the family. The father says his daughter was very good in her studies and had done her MA. There was a lot of trouble due to the donations. of the SHO of Bisanda. Confirming the case, Pandey said that the girl committed suicide in a village in the police station area. She was very upset due to the rashes on her face, many times the marriages had broken down, which hurt her and took this step.