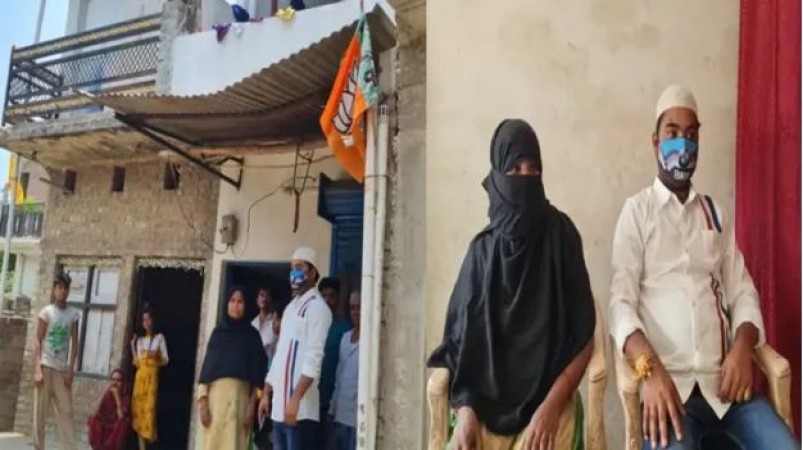 Lucknow: There is democracy in the country and every citizen has every right to form and support his political thinking according to his will and conscience. But looking at some cases, it seems that a community in the country does not yet believe in democracy, only then perhaps they start hating someone who supports a particular party, even if it is of their own community. This hatred sometimes increases so much that the one who supports the political party is even murdered, as happened with Babur in UP. Now another new example of this has come from Uttar Pradesh.

In fact, in the Barabanki district of the state, the fanatics stopped the necessary supplies of a Muslim family when they voted for the BJP. The victim's family says that ever since they voted for the BJP in this year's assembly elections due to its good work, its community started distancing itself from it. Now the matter has increased to the extent that he has also been barred from praying in the mosque. According to the report, the incident took place at Reria village in the Fatehpur Kotwali area of Barabanki district. This is where Mohammad Arif's family lives. The head of the house is Arif.

Mohammad Arif says the BJP did good things, so it voted for it in the elections. Arif believes that the work of both Modi and Yogi is very good. For this reason, he has also put a photo of PM Modi and CM Yogi Adityanath in his house. Arif also said that once he had bought land, now his own Muslim community is putting pressure on him to leave the land to build a mosque. Arif alleges that the former Pradhan of his village is Mubarak Ali. 50 Muslim families in the village supporting Mubarak Ali have barred him from offering prayers at the village mosque.

Not only this, on May 31, there is a marriage of Arif's son Mohammad Talib, who has also been warned by the fundamentalists to the people of the village that if anyone attends the nikah, a fine of Rs 20,000 will be collected from him. Apart from this, those who cook food and set up tents have also been barred from working in Arif's house. They have also been threatened with fines. However, Arif says he is not afraid of these threats. Meanwhile, SO Anil Kumar Pandey has said that both the parties have been called to the police station so that a solution can be found.